Soap fight headed for CCJ despite no court referral 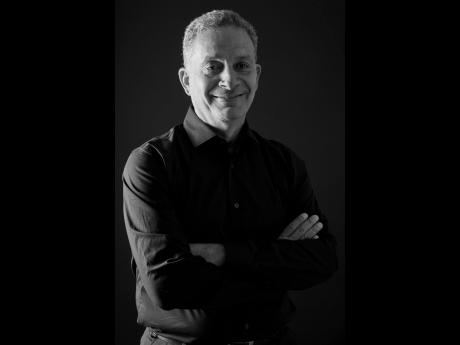 One year after soap producer Dominica Coconut Products Successors Limited, DCPS, filed a law suit against a Jamaican soap manufacturer and exporter, as well as several state agencies, in a quarrel over the sale of soap in the Caricom market, the...

One year after soap producer Dominica Coconut Products Successors Limited, DCPS, filed a law suit against a Jamaican soap manufacturer and exporter, as well as several state agencies, in a quarrel over the sale of soap in the Caricom market, the matter now looks set to be played out in the regional bloc’s highest trade court, the Caribbean Court of Justice, CCJ.

This is despite DCPS having failed in its bid to have Jamaica’s Supreme Court refer the matter to the CCJ, which is the final appellate court for some countries, but not Jamaica or Dominica, and which, in its original jurisdiction, adjudicates matters stemming from the Revised Treaty of Chaguaramas.

The treaty is the rule book for the 15-member Caricom bloc.

“We are discussing with our client, various options on the best way to proceed. There are issues related to the Revised Treaty of Chaguaramas which require the input of the CCJ at some point, and we are trying to ensure that there is no delay in having those issues decided,” said Sundiata Gibbs of the law firm Hylton Powell, who are the lawyers for DCPS.

On June 8, 2021, Hylton Powell filed court action on behalf of DCPS against Blue Power Group Limited, and Jamaica’s Trade Administrator, Commissioner of Customs, and the Jamaica Customs Agency. The suit alleges that the Jamaican state agencies facilitated Blue Power in the production and export of a “soap product” to other countries in Caricom by falsely certifying them as products of Caricom origin and thereby exempting the company from paying the 40 per cent common external tariff, or CET, payable by non-Caricom products.

The lawsuit sought damages against Blue Power and the agencies and an order against the company to cease classifying soap noodles it imports from non-Caricom countries as fatty acid pellets bearing the tariff heading 38.23, instead of tariff heading 34.01, which DCPS contends is the correct code.

The Dominican soap producer, which is led by businessman Yvor Nassief, contends that this case involves questions surrounding the interpretation or application of the revised Chaguaramas treaty that are necessary for the court in Jamaica to deliver judgment in this matter and so should be referred to the CCJ in its original jurisdiction, in accordance with Article 214 of the Caricom treaty.

However, Supreme Court judge Dale Staple denied the application for the CCJ referral in a May 19 ruling.

The other aspects of the case are yet to be decided. And only a tentative time frame – of sometime in the Hillary term of 2023 – has been given by the court as the likely time for the trial in relation to the other matters to take place.

“I am not satisfied that this court is seized of the issues in this matter to make a determination on whether to refer the questions proposed to the CCJ for determination. Nor am I satisfied that this is the court, or that we are at the stage of the proceedings for the questions proposed to be referred to the CCJ,” the judge ruled.

Legal costs were awarded against DCPS, which was also granted leave to appeal against the decision.

Legal experts consulted by the Financial Gleaner confirmed that Caricom trade matters emanating from the Caricom treaty can be taken directly to the CCJ by companies without being referred by a national court, and that DCPS has the option of doing so without having to wait on the resolution of the other matters. It appears unlikely that the Dominican company’s lawyers will recommend an appeal, given the already-delayed movement of the case through the Jamaican courts and their stated desire to have the matter placed before the CCJ without further delay.

“I can’t discuss that because we are still in discussion with the client,” Gibbs said, when asked about the possibility of going directly to the CCJ, as opposed to pursuing an appeal.

The lawsuit prompted the Jamaican authorities last year to suspend the issuing of certificates of origin for soaps produced in Jamaica as being of Caricom origin that would have made them eligible to benefit from duty-free export to Caricom markets; and Blue Power indicated at the time that it would be ending the sale of soaps to Caricom.

Gibbs said that as far as he and his client are aware, the issuing of certificates of origin for soaps remains suspended.

The trade dispute over soaps involving DCPS and Jamaican producers has been a long-running one in Caricom’s trade deliberation body, the Council for Trade and Economic Development.