Kingston Wharves surging ahead with investments 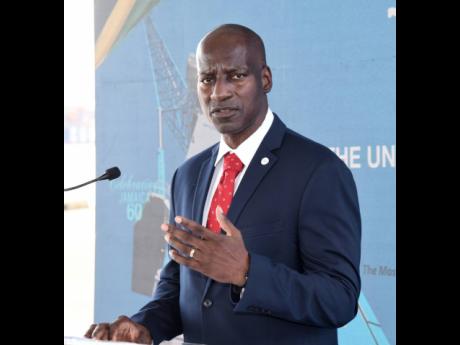 “These initiatives are allowing KW to build a secure future. KW is strengthening the business, expanding our operations, and diversifying the cargo type we handle,” said CEO Mark Williams on Thursday.

“The horizon ahead might be uncertain, but we surge ahead with confidence,” he told shareholders at the company’s annual general meeting.

The company last year announced a US$60 million drive to raise its cargo capacity. It acquired a new crane to load and unload cargo and completed the preliminary stages of the development of Berth No. 7.

Kingston Wharves also plans to build a warehouse complex at Ashenheim Road in Kingston in the proximity of its wharf to allow third-party companies to operate “nearshore” business.

“As we roll out our capital investment initiatives, we will maximise the use of our special economic zone status, our digital transformation [channels] to offer value-added services to manufacturers and distributors,” Williams added. “Preliminary works have started, the steel paid for, slots are identified and confirmed, and you will see work on the ground in a few months.”

Chairman Jeffrey Hall said that the project would be financed from cash and loans. The port company’s cash holdings as of March was $9.5 billion, which gives the company options to finance the development without much borrowing. Its debt-to-equity ratio remained at 5.8 per cent compared to 5.1 per cent a year earlier. Its borrowings in the period rose from $1.22 billion to $1.35 billion.

Usually, companies try to avoid having a debt-to-equity ratio above 50 per cent.

“As far as interest rates, inflation, and geopolitical challenges, they do receive attention from the board. We have looked at our financing costs and their tenure, taking into account the environment. We also looking at managing costs notwithstanding inflation but pass on a fair share of costs to customers while ensuring business continuity. As far as the geopolitical, we cannot influence those things … . The location of commodities might change, but we will continue to have a business,” he said.

In its March quarter financials, Kingston Wharves listed high fuel costs and the disruption of shipping activities from certain regions of the world as compounding the economic challenges but said it would “navigate these conditions with increased focus on our competitiveness, our customer service and our strategic relationships.”