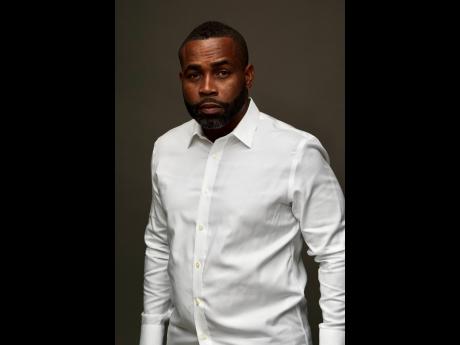 Caribshopper, a Florida-based e-commerce outfit founded by two Jamaican brothers, is expanding its footprint to Canada and later to the United Kingdom, where a push into that market is targeted for next January. The company started in 2016 with an...

Caribshopper, a Florida-based e-commerce outfit founded by two Jamaican brothers, is expanding its footprint to Canada and later to the United Kingdom, where a push into that market is targeted for next January.

The company started in 2016 with an import-based model, where it would procure goods from Jamaica and Trinidad for sale to the Caribbean diaspora through its online platform, but switched to export facilitation after it found the cost of shipping unsustainable for the business, said Caribshopper founder and CEO Kadion Preston, who runs the company with brother Tennyson. The pivot was made in 2019, the CEO said.

It’s now taking steps to add more regional countries as source markets for supplies, including Barbados, Belize and Grenada, according to Kadion Preston, speaking in an interview with the Financial Gleaner.

Caribshopper relies on a network of “fulfilment centres” in each country. There are 15 drop-off points in Jamaica for merchants supplying goods ordered through Caribshopper, he said. The e-commerce company also has a transport arrangement through a joint venture with Knutsford Express Services Limited, a luxury bus operator with a cargo unit.

The arrangement with Knutsford Express facilitates delivery to the fulfilment centre in Kingston, from where the goods are shipped overseas to Caribshopper for door-to-door delivery, using the courier services of Fedex, DHL or UPS.

On a monthly basis, Caribshopper does business with about 600 new customers and there is a 30 per cent repeat rate for orders, he said, adding that the total number of customers on record is about 9,000.

“A customer in North America needing a piece of home can simply go on our website and place that order. If we can’t fulfil that order from our warehouse, then it is passed to the relevant supplier, who will in turn send the goods to the nearest drop-off point, and our system takes care of the rest,” Preston said.

Caribshopper is operated under Miami-registered Carib Grow Inc, said Preston, but he declined to comment on the size of the revenue the e-commerce company generates.

Caribshopper says it represents over 500 merchants operating in Jamaica and Trinidad, and handles around 7,200 SKUs or stock-keeping units, including Trinidadian snacks like Sunshine Snacks’ Cheese Curls or Kiss Cupcakes mini orange or chocolate cakes; and for Jamaica, a range of locally manufactured foods, Blue Mountain coffee, patties and more. A SKU is a code that’s used to track levels of inventory and differentiate products in storage.

“We have the Graces, the Lascos and many more — from food to spices, along with beauty and skincare products — and we’ve recently added some perishables, having spent some time sorting out our cold chain,” said Preston.

It has allowed the company to supply, for example, flash-frozen roasted breadfruit to both the United States and Canadian markets.

The logistical arrangement in place in Jamaica and Trinidad will be replicated in the new source markets targeted. Grenada will serve as a hub for the smaller islands in the Eastern Caribbean, Preston added.

By January 2023, Caribshopper will also be moving to supply commercial quantities to customers in destination markets that cannot otherwise source supplies through normal distribution channels, he said. It’s also the date targeted for entry to the UK.

“We hope to be in the UK by January 2023. It has its own set of challenges in the post-Brexit era, therefore, we’re being very deliberate as we open that market,” Preston said.

So far, over US$1.2 million has been invested in Caribshopper to grow the business, the chief executive said, but the company has secured more funding from three key investors to support its expansion effort.

Preston declined to name the investors, citing “confidential developments”. He also declined to comment on the size of the investments made by the backers.

Delta Capital previously disclosed it was a private equity investor in Caribshopper, saying it acquired a 25 per cent stake for US$1.4 million. But in an update on Friday, Delta Capital Chief Investment Officer Anthony Dunn said only half of the full injection, US$700,000, had been paid over so far and that the deal was expected to close in three months.