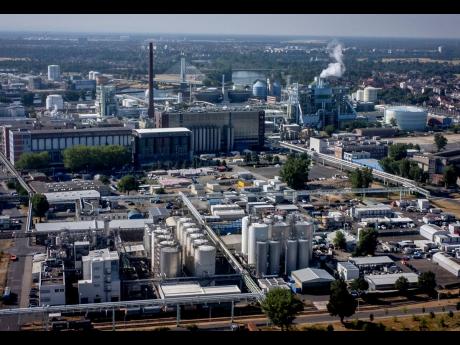 AP
The Industrial Park of Hoechst is pictured in Frankfurt, Germany, on Thursday, June 23. 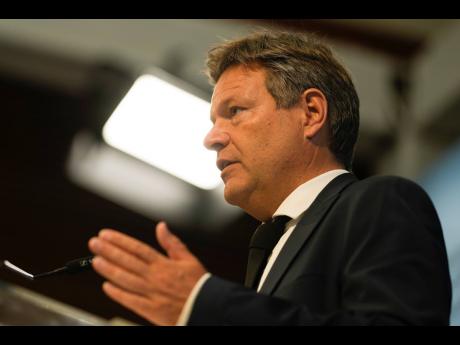 Germany activated the second phase of its three-stage emergency plan for natural gas supplies on Thursday, warning that Europe’s biggest economy faces a “crisis” and storage targets for the winter are at risk after Russia reduced energy deliveries to several countries.

The government said the decision follows cuts Russia made to natural gas flows, starting last week, and surging energy prices stoked by the war in Ukraine. Industrial customers are being asked to reduce the amount of natural gas they use, and Germany and other countries are turning back to coal as a replacement, threatening climate goals in Europe as energy tensions escalate between Russia and the West.

“Even if we can’t feel it yet — we are in a gas crisis,” Economy and Energy Minister Robert Habeck said.

Russia last week reduced natural gas to Germany, Italy, Austria, the Czech Republic and Slovakia just as European Union countries are scrambling to refill storage of the fuel used to generate electricity, power industry, and heat homes in the winter. Russia’s state-owned energy giant Gazprom blamed a missing part sent to Canada for repairs as it cut flows by 60 per cent through the Nord Stream 1 pipeline running under the Baltic Sea to Germany — Europe’s major natural gas pipeline.

Other countries, including Austria and the Netherlands, also have launched first-stage warnings about supplies and urged people to conserve. Germany and Italy, two of Europe’s biggest buyers of Russian gas, have called Russia’s gas reductions politically motivated and warned they could further slow the economy.

“We are in an economic conflict with Russia,” said Habeck, accusing Moscow of trying to destroy European unity and the solidarity it has shown with Ukraine.

The cutbacks come on top of gas shut-offs to Poland, Bulgaria, Denmark, Finland, France and the Netherlands in recent weeks.

Germany’s government said current gas demands are being met and its storage facilities are filled to 58 per cent capacity — higher than at this time last year. But the goal of reaching 90 per cent by December won’t be possible without further measures, it said.

Germany would not react by cutting off neighbouring countries, Habeck said. Instead, it was urging industry and residents to reduce their consumption as much as possible.

“The prices are already high, and we need to be prepared for further increases,” Habeck said, warning that “this will affect industrial production and become a big burden for many producers”.

Despite that, Germany’s energy industry lobbying group BDEW said it supported the government’s decision. Calculations show that businesses have already reduced their demand by 8 per cent in recent months. To encourage further savings, the government plans to hold auctions paying large industrial consumers to relinquish their contracts.

The measures being taken, including providing gas distributors and utility companies with large loans to cope with price surges, were necessary to prevent a collapse of energy markets, Habeck said.

Triggering the highest alert level could force Germany to ration gas for industrial customers to spare homes, schools and hospitals, and would mean a severe hit to the economy.

Habeck said people could do their part by adjusting their home heating system now and saving up to 15 per cent during the cold months.

“It sounds banal sometimes, but you have to multiply that banality by 41 million households,” he said.

Since declaring the first phase of its emergency plan in March, Germany and other countries have been trying to get additional gas from neighbours such as the Netherlands and Norway as well as liquefied natural gas from producers outside Europe, including the United States, as the EU looks to reduce reliance on Russia by two-thirds by year’s end.

To the horror of environmentalists, the German government announced on Sunday that it would increase the burning of more polluting coal and reduce gas use for electricity production.

The available coal-generating capacity that could be brought back online could provide 9 per cent of the country’s power needs and spare a quarter of the gas that industry is using, according to Carlos Torres Diaz, senior vice-president at Rystad Energy.

The Netherlands also will allow coal-fired power stations to operate at full capacity again to conserve gas that would otherwise be burned for electricity.

Habeck placed part of the blame on political decisions by past German governments to rely on Russia for energy supplies and a failure to establish alternatives.

“How different things would be if we had really made massive progress in energy efficiency and the expansion of renewables over the last few years, instead of simply remaining at a standstill,” he said.

His ministry recently unveiled a package of measures to boost the roll-out of solar and wind power in Germany. The government has so far ruled out keeping its three remaining nuclear plants online beyond the end of this year, however.