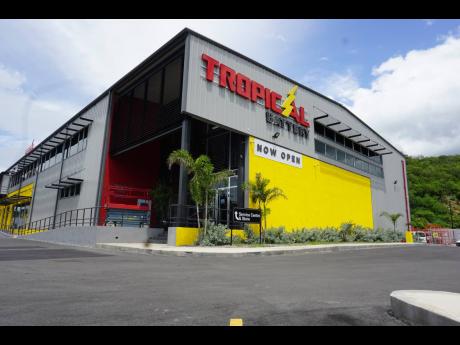 Energy storage company Tropical Battery is looking to raise $250 million of debt capital to fund an acquisition and its growing operations.

The company had initially considered paying for the new business using some of the cash generated from its initial public offering of shares in 2020, but indicated on Wednesday it would tap the bond market instead, saying the resources in hand were being deployed to the company’s operation.

“We are in the market for a bond for sustaining the growth we made during our second quarter and these higher levels of inventory, which are obviously consuming more working capital,” CEO Alexander Melville said at a Mayberry Investor Forum.

“So we are going to need a little extra cash for that, and we also have an acquisition target that we think we are close to closing on, and that is going to require some funding,” he added.

Tropical Battery indicated nearly two years ago that it wanted to acquire a vertically or horizontally aligned business. At the time, the company said it had an interest in businesses that are in the solar, energy storage or electric vehicle-charging business, and that it would also look at companies that are in the traditional battery, tyre and accessories business, or in the automotive space.

Melville has been in talks with two prospective companies for merger or acquisition, one in Jamaica and the other elsewhere in the Caribbean. A deal was initially expected during 2021, but in its March 2022 quarterly results, the company said it now hoped to have at least one transaction closed before the end of this calendar year.

The arranger for the $250-million bond that will part-fund the acquisition has not been disclosed.

Outside of the planned acquisition, Tropical Battery currently has other capital expenditure projects under way, one of which is the expansion of Tropical Battery at 10 Grove Road in Kingston. Affiliated company Diverze Properties has acquired the neighbouring properties on which Tropical Battery is planning to build a larger retail store with more warehouse and parking spaces.

“We plan to look at new locations. In addition to new locations, we will be expanding existing locations. We have already started expanding our Grove Road site, acquired by sister company Diverze Properties,” Melville said.