Wall Street’s bubble may be gone, but stocks can still fall 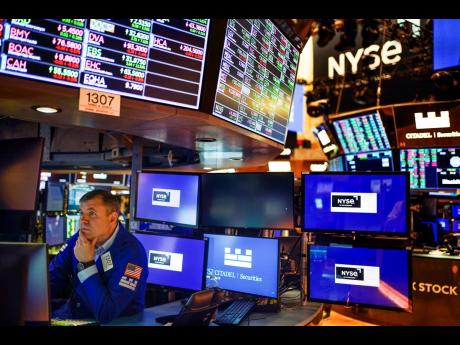 AP
AP A trader working on the floor at the New York Stock Exchange on May 19.

The good news for stocks is that this year’s sell-off means they no longer look eye-wateringly expensive.

The bad news: That won’t matter if corporate profits give out.

A stock’s price rises or falls for essentially two reasons: how much cash a company generates and how much an investor is willing to pay for it.

So far, Wall Street’s focus has been only on that second part.

With the Federal Reserve jacking up interest rates to knock down inflation, investors are much less willing to pay sky-high prices for stocks when safe bonds are offering better returns.

Analysts and professional investors look at something called the price-earnings ratio to gauge investors’ willingness to own stocks. It shows how much investors are paying for each dollar of a company’s earnings, with a few variations.

Across the largest 1,000 companies, one measure has investors paying nearly 29 per cent less for the median than in November, according to Scott Opsal, director of research and equities at Leuthold.

That meant their drop in stock prices, a median of roughly 25 per cent, was entirely because of investors’ decreased willingness to pay high prices. On the profit side, analysts actually raised their forecasts.

“Investors are coping with the problems of the day by letting the air out of bubbly valuations,” Opsal wrote in a report.

Some pockets of the market still look pricey, such as high-growth and smaller stocks, according to strategists at Credit Suisse. But across the S&P 500 index, stock valuations are now only marginally above their average for the last 50 years, after earlier soaring to their most expensive levels since the 2000 dot-com mania.

The risk for Wall Street going forward is that even though a lot of air has come out of the bubble, more could still leak out. Another dangerous possibility is if corporate profits weaken sharply.

If that were to happen, investors could get hit with a double whammy, pulling down both stock price levers.

With inflation seemingly still accelerating, that risk is growing. Several big-name retailers, including Target, have warned recently about their customers changing their buying behaviour as the pandemic wanes. All companies are meanwhile contending with higher costs for fuel as gasolene prices soar, and for labour as workers demand higher wages amid a red-hot job market.

Companies are soon to report how much profit they made during the spring. Analysts are forecasting that growth weakened to the slowest pace since the end of 2020, according to FactSet.

Some critics say those forecasts as still too optimistic. If earnings expectations come down, it would trigger another lurch downwards for stocks.