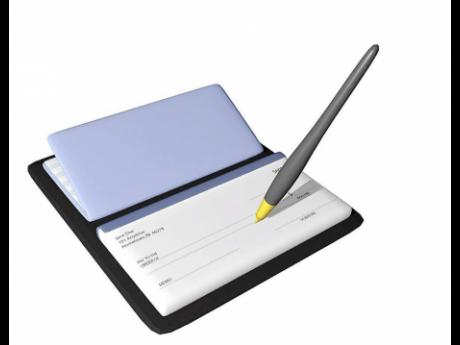 There are many people who are not benefiting from their money or the money of close family because saving accounts at deposit-taking institutions have become dormant or the balances been classified as unclaimed balances. Among the reasons for these...

There are many people who are not benefiting from their money or the money of close family because saving accounts at deposit-taking institutions have become dormant or the balances been classified as unclaimed balances.

Among the reasons for these situations are death, migration, change of address, incarceration, and mental incapacity of various forms.

According to The Banking Services (Amendment) Act 2017, a dormant account is a savings account showing no deposit or withdrawal activity – other than the posting of interest – for a period specified by the deposit-taking institution where the account is held, not being less than six calendar months, or as the supervisor, that is, the Bank of Jamaica, may prescribe from time to time.

Unclaimed balances are monies that have remained unclaimed in the possession or under the control of a deposit-taking institution, such as a commercial bank, building society and merchant bank, for a period of 15 years or more.

It is the deposit-taking institution at which the money is held which determines the minimum period of inactivity for the account to be classified as dormant. The period cannot be for less than six months.

A dormant account and an inactive account are, thus, not necessarily one and the same. The fact that an account is dormant does not necessarily mean that the funds in it are deemed to be unclaimed funds.

The Banking Services (Amendment) Act allows a deposit-taking institution to freeze a dormant account that carries a credit balance after giving the customer concerned at least 90 days’ notice in writing stating the following:

• The cut-off date on which the account will be classified as dormant;

• The manner and method in which a response is to be given to the notice;

• The action that will be taken if the customer fails to respond to the notice;

• The means by which a current statement of account may be obtained by the customer free of charge; and

• The options available for the re-activation of the account.

• No transaction shall be allowed in respect of the account;

• The benefits attached to the account shall continue to be applied to it;

• No maintenance fee shall be applied to it; and

In the case in which a dormant account held with a deposit-taking institution carries a zero balance, the deposit-taking institution may close it if, after the customer has been given not less than 90 days’ notice in writing, the customer does not respond to the notice or re-activate the account. The terms of the notice are similar to those in the notice regarding the freezing of a dormant account that carries a credit balance.

Where it appears in the annual report that deposit-taking institutions send to the Bank of Jamaica that monies have remained unclaimed in the possession of or under the control of the deposit-taking institution for 15 years or longer, the Minister of Finance and the Public Service shall cause a notice to be published two or more times per year, calendar or fiscal, in the Gazette and in a daily newspaper circulated in Jamaica.

The notice must include the following:

• Full particulars of the money so unclaimed;

• The period during which the monies have remained unclaimed; and

• The statement that, unless within one year of the first publication of the notice in the Gazette and on the website of the Ministry of Finance & the Public Service, a claim to those monies is established to the satisfaction of the deposit-taking institution concerned or, failing that, to the satisfaction of a court of competent jurisdiction, the monies shall lapse and be remitted to the Accountant General and become part of the revenue of Jamaica.

If a claim made in that one-year period has not been decided, or if a claimant lodges a certificate signed by a judge of a competent jurisdiction with the accountant general explaining that a claim has been made, but has not be determined, the revenue shall not become the revenue of Jamaica until it is determined to the satisfaction of the court.

Money in deposit-taking institutions does not have to be lost to account holders. Having an up-to-date valid will which includes a residuary clause, all known assets, including bank balances, and to whom such money should go in the event of death is the prudent thing to do. This is a risky one, but a trusted joint account holder on an account can be useful.

Keeping in touch with the financial institution, including updating information like your address, can be more than helpful, and making a trusted family member aware of all assets, including bank accounts, and making a list thereof, can reduce the risk of an individual or family losing valuable assets.