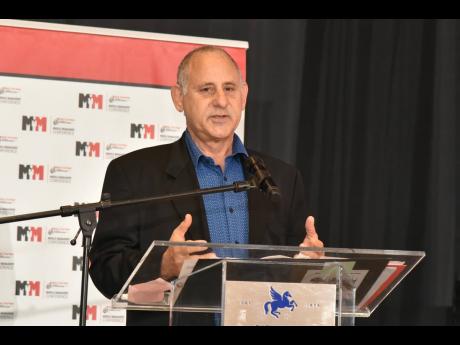 President of the Jamaica Manufacturers and Exporters Association John Mahfood. 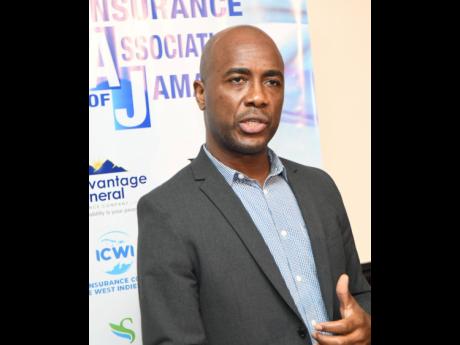 The Bank of Jamaica, BOJ, shrugged off continuing entreaties from the business community this week and opted instead to stay the course with a seventh interest rate hike, despite signs of cooling of consumer prices. Experts said the full impact of...

The Bank of Jamaica, BOJ, shrugged off continuing entreaties from the business community this week and opted instead to stay the course with a seventh interest rate hike, despite signs of cooling of consumer prices.

Experts said the full impact of the BOJ’s benchmark rate hike, to which the central bank tacked on another 50 basis points to 5.5 per cent on Thursday, will be felt in the economy by year-end.

And opponents to the continuing rate hikes warn that consumers and business are unlikely to feel the full pinch of the monetary tightening for another six months up to a year.

“The full effect will not be felt until later this year when banks continue to pass on higher rates to persons looking to borrow and rates on existing loans start to reprice higher,” said Dr Adrian Stokes, an economist and vice president of the Private Sector Organisation of Jamaica, said in an interview with the Financial Gleaner.

The 50 basis-point movement seems small, but “cumulatively” it will make a difference, Stokes said. Since September 2021, BOJ has tacked on 500 basis points to its base or policy rate that up to then had remained at 0.5 per cent for two years.

“At 5.5 per cent that’s a lot of financial tightening that is beginning to have a material impact on loan demand and general economic conditions,” Stokes said.

Since the rate hikes, activity by financial dealers in Treasury bill auctions appears to have increased. BOJ auctions the T-bills monthly on behalf of the Government of Jamaica.

The latest auction, which closed on June 29, resulted in some 140 bidders seeking to grab a piece of the $19.5 billion on offer, but only 60 received placements. The average yield for that auction was 7.04 per cent versus 1.3 per cent a year ago for the one-month T-bill.

The yield on T-bills offers a signal of the direction of the pricing of debt on the private markets. Higher yields usually mean that debt will be more costly to issue for those raising capital. In other words, the cost of borrowing will be more expensive.

“The problem that I see is that it is going to take 12 months for people to feel the damage to the economy by the BOJ action,” said John Mahfood, president of the Jamaica Manufacturers and Exporters Association or JMEA.

“The BOJ and other economists justify their actions by saying that it is the lesser of two evils — either inflation or high interest rates. The reality is that the increased interest rates is having no impact on inflation as the inflation is caused by things outside of our control,” added Mahfood, alluding the upheavals in the global commodities markets that have been driving up inflation to record levels in major economies including the United States, the United Kingdom and Europe.

Consumer prices in Jamaica actually deflated in April, producing a negative inflation rate of 0.1 per cent. In May, annual inflation decelerated from 11.8 per cent to 10.9 per cent.

Mahfood, who heads the manufacturing company, Jamaican Teas, said now that headline inflation in Jamaica is trending down, the authorities should be taking “a wait-and-see approach”, but charged that they seemed to prefer to “damage the economy” with the monthly increases.

The JMEA had “warned” the BOJ not to raise rates again on the day its latest decision was to be publicised. The entreaty was made a day after the BOJ Monetary Policy Committee had completed its latest deliberations and come to a decision.

The committee met on June 27 and 28, and released its decision in the evening of June 29. JMEA’s appeal was made in the morning of June 29, urging the central bank to discontinue further increases this year, but it wasn’t the first time that it and other business groupings had urged BOJ to hold strain on further monetary tightening.

The monetary policy committee will issue four more decisions in 2022, on August 18, September 29, November 18 and December 20.

The JMEA said higher rates will increase the cost of borrowing for businesses and also consumer mortgages.

The BOJ, however, has said it will be guided by events as they unfold.

“While headline inflation at June 2022 might be lower than expected, the central bank prefers to see evidence of a definitive fall in commodity prices, consistent with global consensus forecasts, and a reduction in core inflation before moderating the tight monetary policy stance,” the central bank said.

The BOJ also expects inflation to dip further in the September and December quarters.

“Of course, this depends on tensions between Russia and Ukraine not escalating and inflation among Jamaica’s trading partners also moderating,” it cautioned.