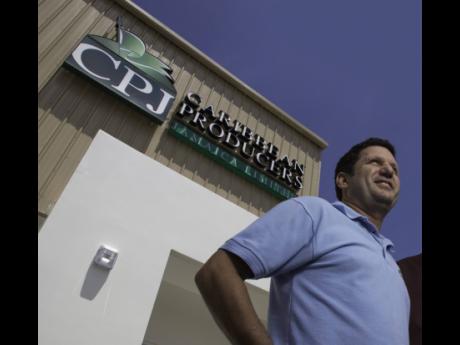 Large distributor Caribbean Producers Jamaica, CPJ, will seek to raise US$13 million on the bond market to refinance its debt. The unsecured corporate bond will have a tenure of five years and incur interest of 7.0 per cent. It would effectively...

Large distributor Caribbean Producers Jamaica, CPJ, will seek to raise US$13 million on the bond market to refinance its debt.

The unsecured corporate bond will have a tenure of five years and incur interest of 7.0 per cent. It would effectively reduce the cost of borrowing for CPJ by about one or two percentage points on its block of existing borrowings.

Mayberry Investments will act as the arranger for the bond, which is set for issue on July 29. It will mature in July 2027. Investors will need a minimum of US$10,000 to invest in the instrument with increments of US$1,000. It is open to accredited investors that earn J$10 million a year or have net worth of some $50 million.

CPJ’s borrowings and other debt totalled US$18.6 million as of March 2022, comprising US$9.3 million in long-term promissory notes, US$3.7 million due to related parties and US$5.6 million in long-term borrowings. The March financials reflect the company’s third-quarter, interim results that don’t disaggregate the interest rates on each loan facility.

However, the company’s audited accounts for year ending June 2021 shows that two thirds of its debt is being serviced at higher interest rates than the proposed 7.0 per cent bond to be issued this month. It included a related party loan at 9.0 per cent and outstanding bonds bearing a coupon of 8.0 per cent.

The debt to be raised is the equivalent of around $2 billion in local currency.

CPJ, which is a large supplier of goods to the tourism sector, was negatively affected by the closure of travel borders and the consequent fallout in the tourism market. But the sector is currently on the mend, with visitor arrivals in Jamaica down by one-quarter from 2019 highs. The fallout for CPJ was reflected starkly in its annual turnover, which plunged from US$110 million to US$92 million in FY 2020, and further to US$58 million in FY 2021.

But so far, for the nine months ending March 2022, the company has regained some of its mojo with sales tracking above US$86 million, and has spun from a loss of US$3.8 million to profit of US$7 million.

Its nine-month performance has already served to erase the two years of losses totalling US$6.9 million that CPJ suffered under the pandemic.

“Management of CPJ continues to proactively engage in cost containment activities while implementing measures to enhance operating efficiencies to increase sales, market share, and profitability. We are managing the increases in fuel and energy costs and evaluating an investment to increase the use of solar energy,” said Executive Chairman Mark Hart in the company’s third-quarter financial results.

Hart has been acting as interim CEO for CPJ since the pre-pandemic departure of David Lowe in January 2020. The position was finally filled on June 1, with the appointment of Todd Stromme, whose track record in the food services industry is said to extend over three decades in senior positions and was president and corporate executive of Nicolas & Company in Las Vegas in the United States prior to taking up the job as CEO of Caribbean Producers.