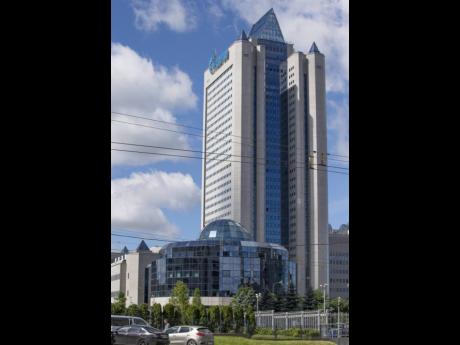 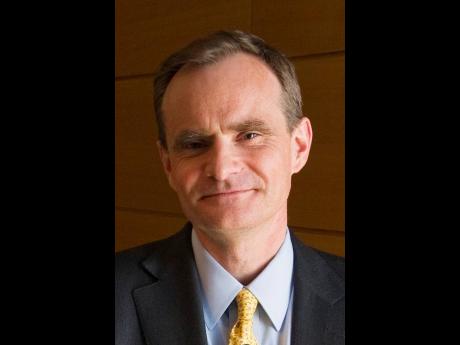 Four months into the invasion of Ukraine, the Russian army continues to grind its way relentlessly through the Donbas region. Some Western commentators are calling for more weapons to be supplied faster to Ukrainian forces.

This is without question necessary to stop Putin, but is it sufficient to stop him soon – and in such a way that he doesn’t merely pause to re-equip before starting a new wave of bloody aggression?

According to Avril Haines, the US Director of National Intelligence, there is no prospect for the military conflict to end soon. It makes sense, therefore, to target the economics of Putin’s regime and his ability to wage a prolonged war – or a repeated series of wars against Ukraine and, potentially, others. And here, Putin has a major strategic vulnerability: Russia’s overdependence on fossil-fuel exports, which generate almost all of its foreign-currency inflows – nearly €100 billion (US$104 billion) in the first 100 days of the war.

Consider how the world would react if Russia were to use nuclear weapons against civilian populations anywhere. The horror of that atrocity would immediately result in every country with a conscience refusing to buy oil – or anything else – from Russia. Putin’s revenue would collapse, the rouble would depreciate rapidly, and inflation likely would rampage across Russia. It is very unlikely the Russian regime would be able to continue fighting on that basis. Without exports, a country has no hard currency – and no way to buy supplies of any kind from abroad.

Why, then, is the world unwilling to take such measures immediately under current conditions, when Putin’s forces are targeting and killing unarmed civilians on a massive scale? The list of atrocities is already long and appalling: the dead and tortured in Bucha, the bridge at Irpin, the railway station in Kramatorsk, the maternity hospital and theatre clearly marked as sheltering children in Mariupol, and, most recently, the missile attack on a shopping mall in Kremenchuk?

For some countries at least, enough Ukrainian children have already died. And Putin’s mad aggression must come to an end eventually. So, why not stop buying Russian oil now?

The main reason is that limiting the quantity of Russian oil exports could backfire. The pressing task is to reduce Russian oil revenues, but such a measure, it is feared, could push up the world price of oil, which is priced in dollars, and boost Putin’s dollar earnings, even if Russia’s export volume falls.

To their credit, G7 leaders took on this issue directly by endorsing, at least in general terms, a potential cap on the price that Russia receives. Russian oil exports can continue, but at a lower price than they would otherwise. In effect, the G7 is proposing to create what some are calling an ‘Inverse-OPEC’ – a coalition that would directly target and squeeze Putin’s oil revenue.

Some experts argue that oil prices will increase anyway or that the cap will lead to unintended side effects. But what exactly is the G7 supposed to do? Should they stand idly by while Putin pursues his deranged expansionist policy, imagining that this is the early 1700s and that he is Peter the Great? Should we wait until he goes completely mad and uses nuclear weapons – a move that his propagandists have been foreshadowing for months? Should we wait a year, or five, or a decade until the cumulative deaths of Ukrainian civilians are finally deemed enough?

The price cap is a new idea, and any such policy innovation requires working out many details. There is also an international coalition to be built. But what is being asked of countries like India and China is quite reasonable: Demand a bigger discount on the oil they are already receiving from Russia. Unlike before the invasion, Russia no longer receives the Brent benchmark price for oil; instead, it receives that price minus what market participants call the ‘Urals discount’, which currently is between $30 and $35. How big a discount would get Putin’s attention and stop the killing, permanently? Should it be US$40? US$50? US$100? This remains to be seen.

If a price cap doesn’t work, there are two options. The first is to give up and let Putin win. That path leads to a bad future for millions and eternal shame for the rest of us. The second option is what smart policymakers always do when the system is on the line – try again, adjust the approach, and bring more pressure.

If you don’t like the G7’s plan for a price cap, now is a good time to put forward your own recommendations. And in that plan, please be sure to indicate how many Ukrainians you think need to die before Putin is finally stopped.

Simon Johnson, a former chief economist at the International Monetary Fund, is a professor at MIT’s Sloan School of Management and a co-chair of the COVID-19 Policy Alliance.© Project Syndicate 2022www.project-syndicate.org