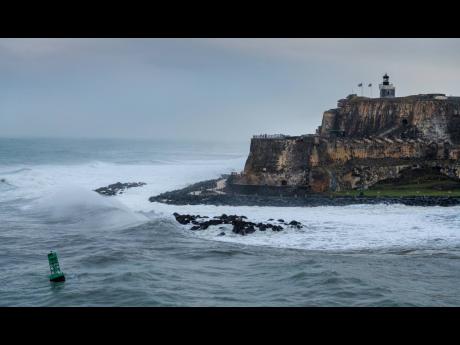 ProPublica describes itself as an “independent, non-profit newsroom that produces investigative journalism with moral force. We dig deep into important issues, shining a light on abuses of power and betrayals of public trust – and we stick with those issues as long as it takes to hold power to account”.

It also brags that it focuses “on stories with the potential to spur real-world impact. Among other positive changes, our reporting has contributed to the passage of new laws; reversals of harmful policies and practices; and accountability for leaders at local, state, and national levels”.

The newsroom recently investigated an issue that should be of great interest to persons in the Caribbean. The headline of Abrahm Lustgarten’s July 25 article, ‘Barbados Resists Climate Colonialism in an Effort to Survive the Costs of Global Warming’ – or as The New York Times labelled a similar piece, ‘The Barbados Rebellion’ – examined Barbados’ strategy of managing the risks posed by climate change. It led me to re-examine Jamaica’s 20-year comprehensive disaster risk management or CDRM policy and strategy.

Minister of Local Government and Rural Development Desmond McKenzie announced it in Parliament. I briefly assessed the plan last Sunday in my piece titled ‘Time for a SMART disaster risk management policy’. Lustgarten’s essay should be essential reading for the folks at the local government ministry who drafted the plan, the Ministry of Finance, the Ministry of Economic Growth and Job Creation, and its de facto head Prime Minister Andrew Holness. I am emboldened by former Prime Minister Bruce Golding’s admission that successive Jamaican governments have “messed up”.

Now, back to the disaster risk management plan and strategy. It is arguable whether an organ of the State, whose responsibility is local government and rural development, can effectively and efficiently formulate a set of policies and strategies that will create lasting repercussions across all sectors of the economy.

Do the technocrats in this ministry have the knowledge and possess skills, competencies, and experience to prepare what is a road map to guide the central government’s actions in this critical area over the next two decades? Are there persons in this department of government who have the influence and can provide the leadership to bring about the changes that the CDRM policy and strategy demand?

The authors of the policy have, correctly, recognised the impact that climate change can have on natural disasters and their economic consequences. However, responsibility for climate change is one of six priority areas of another department, the Ministry of Economic Growth and Job Creation. This structure and the diffusion of responsibility are likely to cause conflicts.

Barbadian Prime Minister Mia Mottley, according to Mr Lustgarten, is the architect and leader of that country’s responses to climate change. She views the issues through the lenses of the island’s history, including its colonial past, experiences with natural disasters, economics, the structure of the global financial system and the dynamics of debt and development. He wrote: “It was increasingly clear that climate change would make all the projects that Barbados already could not afford more necessary –and more expensive. The storms revealed that even the most heroic economic planning could be laid to waste in a moment. It was already obvious that every climate crisis was an economic crisis, but going forward, she realised, every economic crisis would effectively be a climate crisis.”

Jamaica’s political leaders, past and present, like the Barbadian PM, have recognised the threats. Former finance minister Dr Peter Phillips said over 10 years ago that “reducing the effects of natural disasters is critical to the country’s economic well-being”.

Prime Minister Holness agrees: “Building resilience is not optional; it is imperative for our survival,” he said. Yet it remains unclear why such a big gap exists between the time those declarations were made and the formulation of policy. I could be wrong, but I do not detect any sense of urgency in the DRM Plan and strategy.

Mr Lustgarten has connected many dots. He argues that the islands of the Caribbean ‘have another dubious distinction: They carry more debt, relative to the size of their economies, than anywhere else on the planet, a fiscal burden that makes it impossible for them to pay for the infrastructure necessary to protect them from the climate disruptions to come. Barbados, which in 2017 had the third-highest debt per capita of any country in the world, was spending 55 per cent of its gross domestic product each year just to pay back debts, much of it to foreign banks and investors while spending less than five per cent on environmental programmes and healthcare.

‘This is true beyond the Caribbean, too. In poor nations around the world — from the deserts of North Africa to the low-lying islands of the Pacific and the Caribbean — rising sovereign debt is becoming a hidden but decisive aspect of the climate crisis. According to the United Nations Conference on Trade and Development, external debt for what is called small island developing states, or SIDS, more than doubled between 2008 and 2021.

The International Monetary Fund, IMF, projected that three-quarters of emerging market economies would pay a third or more of their tax revenue just on debt service in 2021. In the zero-sum game of budgets, which means less money for shoring up infrastructure that is already in shambles.

A recent analysis by Eurodad, the European debt-and-finance advocacy organisation, found that over the last six years, Latin American and Caribbean countries have slashed what they pay on anything non-debt-related by 22 per cent.

“The warming planet has turned this into a self-perpetuating cycle: Were it not for the disasters worsened by climate change, much of the region’s debt might not exist in the first place. Jamaica’s debt, for example, can be tied to the response to Hurricane Gilbert more than three decades ago. Grenada’s is in part because of Hurricane Ivan in 2004. Dominica’s 2017 loss, relative to its GDP, was the equivalent of a US$44 trillion hit to the US economy,” it said.

Former Prime Minister Golding, according to a report in this newspaper, has acknowledged the failure of successive administrations to fully advance Jamaica’s interests. “Successive governments have failed to get buy-in from the population with each set of plans presented,” he said. Implicit in that statement is the idea that they have sought to rule. The design, development, and implementation of a CDRM strategy and policy present an opportunity to change the paradigm.