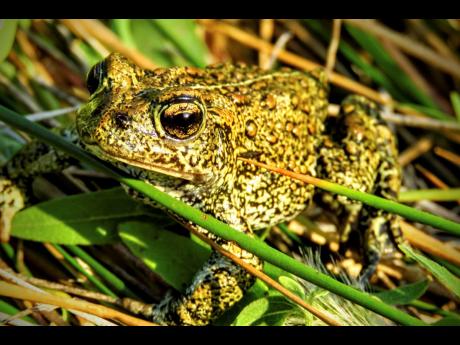 AP
In this 2017 photo provided by the Center for Biological Diversity, a Dixie Valley toad is pictured. 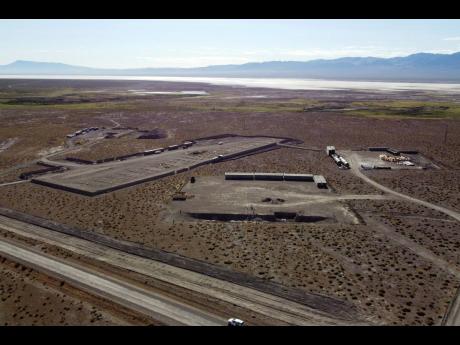 AP
In this image from a drone, provided by the Center for Biological Diversity, is the Ormat construction site for the Dixie Meadows Geothermal Project.
1
2

The developer of a geothermal power plant facing legal challenges in Nevada agreed on Monday to suspend construction, just hours after a United States appeals court had refused to halt the project that opponents say would harm an endangered toad and destroy sacred hot springs.

In a ruling on Monday morning, a three-judge panel of the 9th US Circuit Court of Appeals rejected a bid by environmentalists and a Nevada tribe to reinstate an injunction that temporarily blocked work earlier this year on Ormat Nevada’s plant 100 miles (161 kilometres) east of Reno.

But hours later, lawyers for Ormat, the government, environmentalists and the tribe filed a joint stipulation in federal court in Reno detailing a voluntary agreement to suspend construction for at least 30 days – and perhaps until the end of the year.

The unusual turn of events comes after the US Fish and Wildlife Service took the rare step of declaring the Dixie Valley toad endangered on a temporary emergency basis in April – something the agency has done only one other time in 20 years.

The project is one of several under way in the west that the Biden administration backs as a way to combat climate change by expediting the transition from fossil fuels to renewable energy.

It would generate carbon-free power by tapping hot water from beneath the earth. But the Fish and Wildlife Service concluded in April it could lead to the extinction of the toad by adversely affecting groundwater that feeds wetlands in the only place the speckled toad, about the size of a quarter, is known to exist.

Monday’s panel ruling from the San Francisco-based 9th Circuit Court, which heard oral arguments on the appeal in June, said it couldn’t consider the emergency listing because it happened after the appeal was filed in January.

The Center for Biological Diversity and the Fallon Paiute-Shoshone Tribe subsequently amended their suit to include the listing. They allege Ormat and the bureau are violating the Endangered Species Act’s requirement that they consult with the wildlife service before proceeding with any activity that could harm protected species.

The conflict has put a spotlight on some of the challenges the Biden administration faces as it tries to meet its goal of having the US power grid run on clean energy by 2035.

The new agreement filed on Monday acknowledges the formal consultation must be completed so any risks to the toad can be fully evaluated before it’s harmed.

“It’s not every day that you can lose at the 9th Circuit but still come out ahead, but today is a win for the Dixie Valley toad,” said Patrick Donnelly, Great Basin director for the Center for Biological Diversity.

“This agreement comes just in the nick of time to save this little toad from extinction,” he said.

Ormat agreed to suspend construction until the service issues a formal biological opinion following the consultation, or until December 31, whichever comes first.

It also agreed to provide 30 days’ notice before resuming any construction. In turn, the opponents agreed they won’t seek any new court orders before receiving such notice.

Ormat Vice-President Paul Thomsen said the Reno-based company already was working with the two agencies to facilitate the consultation process, “and as part of those collaborative efforts, has temporarily paused construction to focus on these efforts”.

“Ormat is confident that BLM and the Fish and Wildlife Service can find a path forward for the project that will both adequately protect the Dixie Valley toad and allow development of this critical renewable geothermal resource,” he said in an email late Monday.

The 9th Circuit’s panel ruling earlier on Monday said further delay of the project would make it “all but certain” Ormat would be unable to meet a contract deadline to complete construction by the end of this year.

Ormat said earlier that failure to meet the deadline would cost the company $30 million over 20 years and could jeopardise the entire project, which was approved by the US Bureau of Land Management in November.

“Beyond the economic losses to Ormat,” the panel said, “the district court properly considered the public interest in a ‘source of carbon-free baseload electricity,’ royalty returns to the federal government, and state and local taxes which would be collected as a result of the project”.

The joint stipulation outlines a schedule with filing deadlines, as US District Judge Robert C. Jones in Reno continues to consider the case on its merits.

Critics say the project will violate the Religious Freedom Restoration Act by restricting access to the site where Native Americans have worshipped for thousands of years.

Their lawsuit also accuses the bureau of violating the National Environmental Policy Act by failing to complete an environmental impact statement on the potential impacts — a much more exhaustive review than the environmental assessment it produced.

The 9th Circuit panel ruled that Judge Jones was correct in deferring to the expertise of BLM scientists, who concluded that adequate safeguards were in place.

The plans the bureau approved “address unanticipated impacts and impose meaningful mitigation measures as needed,” the ruling said. “BLM was not required to mitigate impacts to zero.”