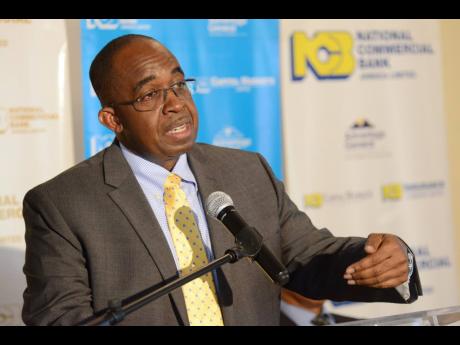 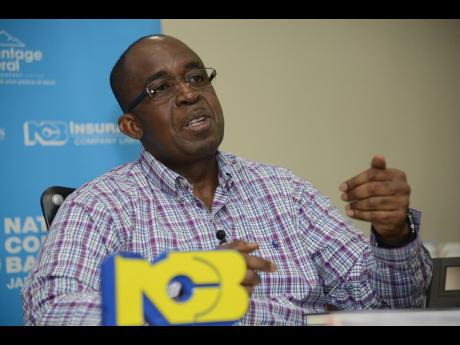 Jamaica’s largest banking conglomerate NCB Financial Group believes it has found the right formula for its digital wallet as a market disruptor that won’t end up cannibalising its own business.

The wallet known as Lynk offers mostly free payment services that at times compete against the bank to which it belongs, NCB Financial President & CEO Patrick Hylton said at an investor briefing to discuss the company’s latest earnings report on Friday.

Fees for NCB is a multibillion-dollar business, accounting for inflows of $28 billion at year ending September 2021, and almost $26 billion, so far this financial year for the nine-month period ending June.

“We will disrupt ourselves rather than being disrupted,” said Hylton. “We have learned the lessons from Blockbuster and Kodak film. Hence, we are determined that the transformation of our business model will remain within our control,” he said.

Decades ago, the growth of the Internet and online streaming services disrupted US-based Blockbuster video rentals. On the other hand, digital cameras disrupted the film arm of American company Kodak. In recent years, however, it has found a niche market for traditional film.

Lynk was launched by National Commercial Bank Jamaica last year and has since grown to 120,000 accounts with 2,000 merchants. The company that operates Lynk is led by Vernon James, the former head of NCB Insurance. Hylton said that later this year, Lynk will start expanding its merchant payment solutions and ecommerce options.

The conglomerate, which is among the largest in the Caribbean, has an empire to protect. It made $10.6 billion net profit in the June quarter on $36.3 billion of revenue. That was more than double the $4.7 billion profit a year earlier from $32.1 billion in revenue.

Since the onset of the pandemic, there has been a shift towards more digital payments. The rise has seen a concurrent decline in other traditional areas, for example, the use of cheques, which at one point had fallen by half, according to Bank of Jamaica data. NCB is currently the only bank with a wallet on the market, making it the only one of eight currently able to handle transactions using Jamaica’s newly minted digital currency, JamDex, but others are preparing to launch their own.

Hylton expects financial technology or fintech apps like Lynk to reduce the cost of doing business while improving the quality of service.

“Many of these transactions on Lynk are free of cost, so it reduces cost to serve both for the institutions and consumer,” said Hylton. “From a convenience perspective they can do [transactions] any place and any time and do not have to wait on the opening of a branch. So we see significant shifts. I see it as a facilitator of future trends and the way we have to go.”

NCB Financial Group is now valued at $2.02 trillion in assets, which includes a loan portfolio of $559 billion. Loans, which are a bank’s bread and butter, grew 11 per cent year on year, while the non-performing dipped to 5.3 per cent from 6.0 per cent a year earlier.

The group’s investment securities portfolio remains substantially larger than its loan book at nearly $725 billion at the end of June.

Over nine months, from October 2021 to June 2022, NCB Financial reported profit of $25.9 billion compared to $13.9 billion a year earlier. The break-out of the revenue segments showed a mixed bag, with the stand-out business line being ‘life, health insurance and pension’. Of the $34 billion of operating profit made by NCB Financial, the segment accounted for $20.5 billion.

Despite the rise in profit this quarter, the banking group again refrained from paying a quarterly dividend to shareholders, opting instead to retain the billions it earns in order to buttress its capital base.

“We see it as prudent to maintain capital levels. I see capital almost as insurance protection for policy holders,” said Chief Financial Officer Dennis Cohen in response to queries on dividends during the investor briefing.

Since the onset of the pandemic, the group has opted to maintain its capital in case of uncertainty. But while its accumulated profits have now climbed above $103 billion – increasing by $13 billion since its last audit – the wider equity pool attributable to shareholders has dipped by around $15 billion over the past nine months to June to $146.6 billion.

“The decline was mainly due to $35.1 billion decline in fair value reserves as a result of unrealised mark to market losses in the investment portfolio due to the rise in interest rates,” NCB Financial said in its earnings reports.

The banking conglomerate closed the quarter with a cash pile of over $197 billion, up from $189 billion the previous year.