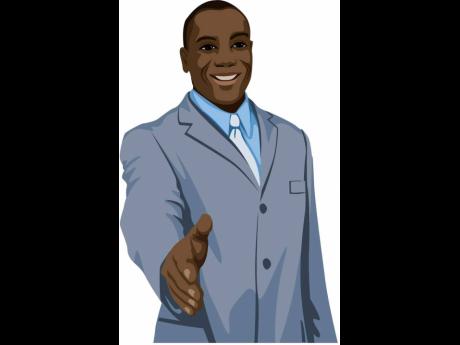 Have you ever played a part in crafting a useless strategic plan? You thought it was a good product, but it ended up languishing on the shelf or in unread email. However, you believed in the process followed, but something was missing; maybe from...

Have you ever played a part in crafting a useless strategic plan? You thought it was a good product, but it ended up languishing on the shelf or in unread email. However, you believed in the process followed, but something was missing; maybe from the final step, which condemned the entire plan to the scrap heap.

As you near the season for developing your company’s strategic plan, you already know that engaging stakeholders is important. Getting everyone on the same page is the only way to implement the plan effectively. However, you may not realise that the final group handshake at your retreat isn’t a mere formality or nicety. Instead, it creates an emotional bond no participant should escape.

Compare this to the fond memories of a wedding. Most recall the fun. A wonderful ceremony. The party after. Delicious food. Engaging people you met.

But there’s only a single short segment that was essential. The vows between the bride and groom may be different each time, but the public promises they make are the ingredients that generate a permanent difference. Without it, the activity is not a wedding.

In the same spirit, a strategic planning retreat cannot skip over the ultimate promise attendees must make to each other. Dr Richard Rumelt, speaking at the 2022 Caribbean Strategy Conference, called it the “swearing-in ceremony”.

What makes this final activity – essentially a handshake agreement – so important?

A great retreat is an exercise in “managed disagreement”. Executives from different functions bring together disparate points of view. Collectively, they forge a future none of them could create by themselves.

When the planning horizon is 10-30 years out, profound conflicts are even more pronounced. They can only be resolved via in-depth discussions, including a heavy dose of individual give and take.

But the meeting is wasted if at the end, everyone is not on the same page. This test cannot be left to a gut feeling. Instead, someone must be brave enough to publicly ask each attendee to commit to moving forward together. In other words, to make a vow equivalent to a wedding’s “I Do”. Or similar to an oath of office. Without this clarity, prepare to declare the meeting a failure.

Second, while it would be nice to get total agreement on every single point of the strategic plan, that’s not the best practice. If you follow that path, expect the event to drag on indefinitely.

Why? A lone person with strong convictions could dominate and wreck the proceedings.

The fact is this isn’t a debate. Or a marriage. Or a competition. It’s a business activity intended to move the company forward. With hard realities looming outside of the meeting room, the organisation needs a plan to fulfil its potential.

The best practice involves the use of a lesser form of agreement – disagree-and-commit. In this method, which is ideal for time-limited activities like planning retreats, participants don’t need to resolve all their reservations. Instead, they are encouraged to keep them but simultaneously join the group in moving forward.

This technique is usually taught at the start of the retreat, but its influence is fully realised at the very end. Before everyone departs, there needs to be no daylight between participants and the strategic plan so that a united team can implement it as one.

Third, it defangs the backstabbers. This approach is also intended to take power away from those who sit back, waiting to say ‘I told you so’ at the first signs of failure. But the truth is, if such people exist at the end, the process was defective. At some level, they were excluded.

Prevent this from happening by checking to see whether “Disagree-and- Commit” bonds are being formed during the retreat. Use your intuition to focus on those who seem to be withdrawn or disengaged.

Also, seek to forge solutions that combine the best elements of separate points of view. By the end, each component of the plan should be identified with the team rather than any individual.

The bottom line is that the paragraphs and diagrams in the strategic plan don’t matter as much as the human element.

When the team hasn’t stepped up as a unit to make a visible, authentic commitment to the plan, you have nothing but empty words. The true test comes when people are alone in front of their laptops. Do they execute the strategic plan when they are tired, distracted, or just plain comfortable with the status quo?

Such moments are the ultimate proof that your final handshake agreement was authentic. Your plan is ready to be executed.

n Francis Wade is a management consultant and author of Perfect Time-Based Productivity. To search past columns on productivity, strategy and business processes, or give feedback, email: columns@fwconsulting.com