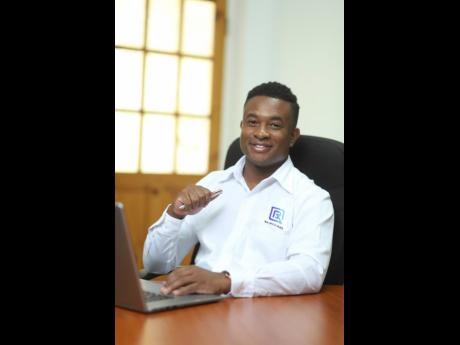 RA Williams Distributors is moving into new, bigger space and is beefing up corporate governance with new board appointments, as it weighs its growing capital needs and how to satisfy it. The pharmaceutical distribution business, which is based in...

RA Williams Distributors is moving into new, bigger space and is beefing up corporate governance with new board appointments, as it weighs its growing capital needs and how to satisfy it.

The pharmaceutical distribution business, which is based in Spanish Town, has one of Jamaica’s most respected corporate icons behind it. It has been around for a decade and is run by a cadre of certified pharmacists.

“With that sort of growth there is always need for capital, and so, as a team, we have to constantly keep in mind how we are going to ensure that the business is properly capitalised. An initial public offering is not something that is out of the question, once it is required. If we believe that we need funding and the best way to do it is to go to market, then I don’t believe that the board would have any hesitation in supporting such a decision,” Reid said in an interview with the Financial Gleaner.

Reid gave no timeline for a capital raise nor indicate the amount of funding needed for RA’s next phase of expansion. The latter, he said, is still being tallied.

“It is difficult to say at this particular point in time. There is also the issue of the uncertainty of when the effects of the pandemic and the impact it is having on global logistics and inventory management will end, especially now that a war is in the mix. With the environment that we are in, we always have to keep all options open,” the CEO added.

The business model is focused on providing lower-cost but high-quality generic alternatives to the more expensive brand name drugs. The more than 100 medications traded by RA Williams are sourced overseas – mainly from India and Bangladesh – and are distributed to 490 pharmacies across the country. Reid believes that the decision to focus on lower-cost drugs has been vindicated by rising prices, with the current inflationary trend and new medicinal formulations serving to grow the market that RA Williams serves.

Business growth means that the distributor, which started life as a pharmacy in the rural farming district of Chapelton in Clarendon in 2010, before moving to its current location, has needed to increase inventory. This has put pressure on the 8,000-square-foot space at the Brunswick Avenue location, which occupies more than half of a shopping plaza in the St Catherine capital.

Forced into the short-term fix of bringing in containers to store goods temporarily, a long-term solution has been found in a more than 20,000-square-foot, custom-built space that RA Williams will take up in November on a lease basis in a multimillion, 12-acre commercial development across the street from its current location. The facility, which is said to be about 70 per cent complete, is being spearheaded by Bailey Williams, a real estate development joint venture that includes Sagicor Life Jamaica Limited, Ravers Limited, Jorden Investments Limited, former Sagicor Group executive and investor Donovan Perkins, and Cimarron Limited, a company controlled by businessman Gregory Mair.

Reid is a registered pharmacist, and so are his mother and founder of RA Williams, Evelyn Williams, and sister Jewel Reid, the company’s chief operating officer. The family members are part of a nine-member board, which includes attorney Richard Nevers as company secretary. To shore up corporate governance in preparation for further business expansion, there were recent appointments to the company’s board. The new appointees include Dr Tonoya Toyloy-Borrows, a clinical pharmacist and CEO of Livewell Pharmacy; Douglas Lindo, CEO of manufacturing firm Bellindo Limited and chairman of the Vincent Hosang Entrepreneurship Programme at the Mona School of Business and Management; and Richard Downer, a chartered accountant and former senior partner with PricewaterhouseCoopers Jamaica.

The name RA Williams honours the memory of Ransford Anton Williams, the father of the company’s founder, who died in 2002. The business, which started while the current CEO and COO were both final-year pharmacy students at the University of Technology Jamaica, has seen staff growth from one registered pharmacist 20 years ago, to a current staff complement of 55, plus several service contractors.

John Bailey and R. Danny Williams, whom Reid first met as a student at Jamaica College, where Williams was board chairman, joined as investment partners to provide a $10- million capital injection during a previous rapid growth spurt by RA Williams, which Reid said started around 2015.

Start-up capital, he recalled, was sourced from small savings and the salary of his mother, who worked overseas at the time. Its first transaction was a small order of drugs sold to a few pharmacies, which Reid said were convinced to pay cash so that a larger batch of medications could be reordered quickly. The National Health Fund now accounts for about 30 per cent of RA Williams’ current business.

While conceding that the business was still small, compared to other more established distributors in the pharmaceutical space, Reid nonetheless said they were optimistic about its prospects for continued growth.

“We have quite a bit of way to go. We are at the lower end of our growth curve, but we are continuing to focus on quality service delivery, excellent customer service in providing quality and affordable pharmaceuticals,” he said.