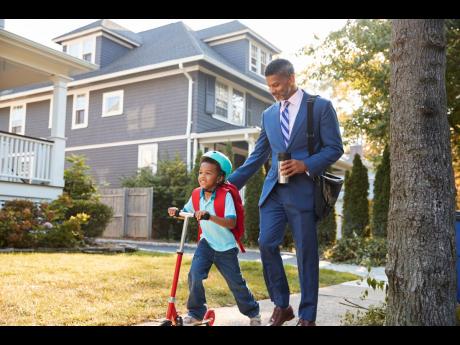 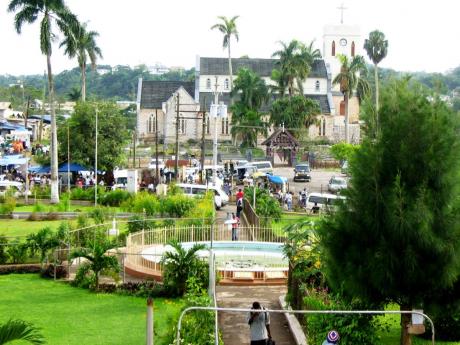 Contributed
Mandeville, owes much of its affluence to the bauxite and alumina industry, is not now as strong as it used to be.
1
2

Migrating to a new country brings new opportunities for a better life, but many emigrants ultimately want to return home – and to be accepted. Allow me to share two real-life experiences with you. Billy migrated to Great Britain from Hanover in...

Migrating to a new country brings new opportunities for a better life, but many emigrants ultimately want to return home – and to be accepted.

Allow me to share two real-life experiences with you.

Billy migrated to Great Britain from Hanover in the 1960s, worked as a bus driver in London for about thirty years, and upon retiring, returned with his wife to live in Mandeville. “Where must I go so that I am not made to feel like a stranger? I felt the same way in Britain,” he often said, with an accent sounding more British than Jamaican. This was his response to constantly being called a foreigner.

His decision to migrate was a good one. In Britain, he married a Jamaican who worked as a dressmaker in factories and sometimes at home. They bought a home, where they raised their five British-born children.

The family’s active involvement in church allowed them to maintain contact with other West Indians and get involved in social activities and community service. Billy honed his leadership skills as an elder in the church, and the children learned much about their Jamaican roots by participating in a variety of church programmes.

Hermine, his wife, who never lost her distinct Jamaican accent, made regular visits to Jamaica while living in Britain. Returning to Jamaica over the years reinforced her Jamaican culture. Independence celebrations in August featured many traditional dances, games, songs, and foods. August was family time and fun time at the beach. It was, therefore, not difficult for the couple to resettle in Jamaica. They moved into the home they had bought in suburban Mandeville while they were still living abroad. They, nevertheless, returned to Britain occasionally to visit their many relatives and friends there and were visited by them in return.

Mandeville, a large town approximately two thousand feet above sea level in central Jamaica, owes much of its affluence to the bauxite and alumina industry, not now as strong as it used to be. It is the home of many financially secure retired Jamaicans because of its central location, cool climate, low crime rate, and proximity to the countryside.

Billy got very actively involved in his church, located on the outskirts of Mandeville. Church allowed him to mingle with Jamaicans from all walks of life and with retirees like him as well as to attend to the needy and sick in the community.

Whereas he lived a middle-class life in an upscale town, his contemporaries who never lived abroad continued to eke out a meagre existence in the twilight of their lives, many living in rural villages in houses that compared as cheese to chalk against his. Their children and grandchildren have had mixed fortunes. Some have received reasonable education, but most seem destined to continue living as their parents did for decades.

Although he did not sense any hostility towards him, Billy was not happy. He could tolerate being called a foreigner when he lived in Britain. He could not be a foreigner at home and abroad, he often lamented. What is it that made him a foreigner? His British accent? His refined manners? As far as he was concerned, he was very Jamaican.

In the eyes of some of his church brothers and sisters and the people he grew up with, he was a foreigner because he did not live as they did and resided in a community known to be the preserve of financially independent Jamaicans who once lived abroad.

His wife’s uncle did not have that problem. Uncle James lived in the Midlands for over thirty years, working in the mines. After he retired in Britain, he chose to return to the village where he grew up in the parish of Hanover. He had always maintained close ties with Jamaica. His wife and most of his children had joined him in Britain over time, and after he returned to Jamaica, his children and grandchildren living abroad visited him and his wife occasionally, as did those residing in Jamaica.

He was delighted to welcome them and members of the community to the home he had bought near to his birth place before he returned to Jamaica.

Uncle James farmed the many acres of land he had purchased before returning to Jamaica and also operated an apiary, activities in which he was involved before he migrated. He offered employment to the villagers and associated with them freely. There was little social life in the village, and the church offered few opportunities for community service, but no one referred to James as a foreigner although he had a British accent and was perceived to be rich.

The Billy and James who emigrated to Great Britain in the early 1960s were not professionals, but they were able to get opportunities to improve their financial well-being, including acquiring assets in Jamaica of a quality they might not have been able to acquire had they chosen to remain in Jamaica. They were also able to have a comfortable retirement, which was partly funded by their pension. Come to think of it, migration can make a personal financial plan viable.