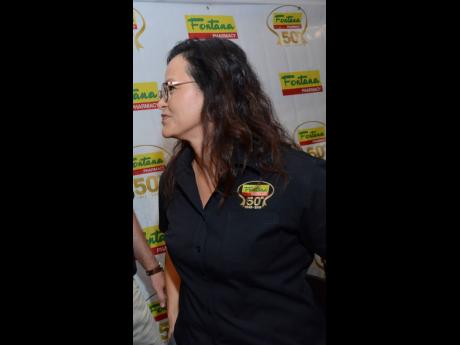 Profits at pharmacy and retail business Fontana Limited grew 18 per cent to $606.2 million at its June 2022 year-end, from the $512.3 million net profit it made last year, helped by sales that grew 23 per cent, outperforming the growth recorded for the entire retail and wholesale sector over the last four quarters.

The revenue and earnings rise was achieved even without the business opening its planned new location in the sprawling dormitory community of Portmore in St Catherine, which is set to come on stream early next year. Fontana’s sales reached $6.34 billion for its June financial year close, from $5.1 billion a year ago.

“We outperformed the general economy prior to, during and after COVID-19,” Anne Chang, Fontana’s CEO, said to the Financial Gleaner, making the point that the positive outturn was the continuation of a trend.

Chang said Fontana continues to experience strong revenue growth in key areas from increased demand and high inventory levels. The company did over 70 per cent more sales in its 2022 financial year, than the $3.7 billion it achieved before the pandemic. The growth trajectory continues as fourth quarter 2022 sales are now trending more than 85 per cent higher than in the fourth quarter of 2019.

The company is said to have ensured “careful inventory management” to battle pandemic-induced logistics and global supply chain challenges in procurement.

During the financial year, operating expenses grew by 15 per cent, attributed to expanded operating hours and increased staff costs as Fontana said it sought to reduce staff migration and also mitigate the energy price hikes due to the war in Ukraine.

During the year, cash flow improved by 75 per cent to almost $1.5 billion from operations, short term investments and fundraising.

“This was bolstered by the proceeds from our December 2021 bond issue for capital expenditure and expansion,” the CEO added in the financials.

The company raised some $500 million in a bond offer earlier in the financial year. The funds are expected to be applied to growth projects including the opening of its seventh store in Portmore. Fontana now operates two stores in Kingston – at Barbican and Waterloo Road, and one location each in Savanna-la-Mar in Westmoreland, Ocho Rios in St Ann, Mandeville in Manchester and Montego Bay in St James.

The company’s total assets grew to $4.5 billion from $3.5 billion a year earlier. Half of its assets are comprised of cash and inventory. Shareholder equity grew to $2.16 billion or 19.7 per cent more year-on-year, which enabled Fontana to make two dividend payments totalling $250 million during the year, the company said.