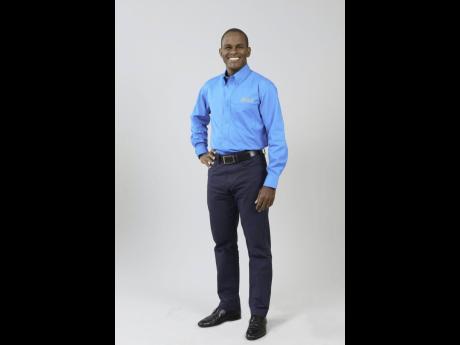 Executive chairman of microfinance outfit Access Financial Services Limited has reiterated that the company is not for sale, but rather is aggressively pursuing an expansion plan that its CEO Frederick Williams has said is adequately financed by $2 billion in recently raised bond funds.

James’ ‘not for sale’ comments came in response to shareholders’ questions at the company’s annual general meeting, AGM, held in Kingston on Thursday and is a further rebuff to rival microlender, Dolla Financial Services Limited, which has expressed an interest to talk about the possibility of buying a controlling stake in the Half-Way Tree Road-headquartered business, whose market value of outstanding shares amounts to $6.93 billion.

“There’s really nothing to consider,” James said when questioned about the overture from Dolla that came in the form of an exploratory letter to its board.

“No offer was received. However, if one is made, we will be duty-bound to take that offer to shareholders,” James said.

He stressed that rather than considering selling the business, its leadership was busy with expansion plans.

Meanwhile, Williams told the Financial Gleaner in an interview following the AGM held at the Courtleigh hotel, that now that Access has recovered from the COVID-19 pandemic, the company’s task is to grow the business by placing special emphasis on offering micro, small and medium enterprise, MSME, loans.

“We are positioning ourselves for growth. We get strong support for our business loans in the central part of the island. For us, that is the heart of Access – microbusinesses. That is what will drive the economy,” Williams said.

Access announced early last month that the Bank of Jamaica, which was recently granted regulatory responsibility for microfinance institutions, had granted approval which allows the company to offer microcredit services, including loans and business advice to individuals and MSME businesses.

Williams said the recently opened Cross Roads office of Access Financial in Kingston will allow the company to operate a hub to service its business loans expansion in the parishes of Kingston, St Catherine and St Thomas. He said eight officers are working at the Cross Roads location and another 20 staffers are spread over 17 branches across the country.

Access’ business loans operation is powered by a recently upgraded technology platform, according to Williams. He pointed out that the new system allows loans officers to take the processing and evaluation of loans to the customers wherever they are.

The Access CEO did not disclose how much money has been invested in the technology system or the overall expansion so far, but he is clear that the investment is a signal of the company’s intentions.

“The number keeps increasing but as you can imagine, the investment in technology is significant,” Williams said.

Access also has plans to expand in Florida in the United States, where it now operates. After purchasing Florida-based finance company Embassy Loans Inc in 2018, Williams said the company plans to establish another branch of that subsidiary in Florida to tap into a growing market in that US state.

Access Financial reportedly paid US$6.4 million for the 100 per cent acquisition which was financed from a $900 million global bond issue.

The Access CEO said the company has funds in place to execute its expansion plans. Key to this ability, he noted, is a recent $2 billion bond raised. Williams reasoned that going to the capital market was a better option than relying on reserves.