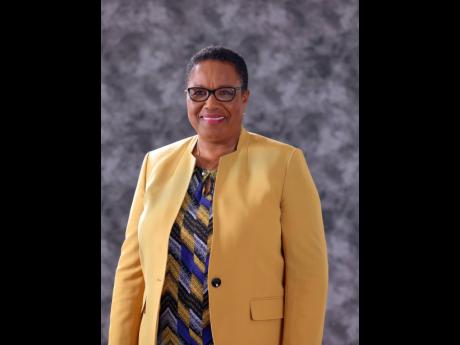 This after scoring success as a new player in Barbados.

Managing Director Sharon Donaldson says the company has been doing insurance for the fast-growing EV market in Barbados since June 2021. With that one-year track record, Donaldson says GENAC decided to offer coverage to motorists in its home market in Jamaica, through a product call EcoDrive for EVs and hybrid vehicles, after securing the blessing of reinsurance companies.

“We raised the scope of cover with our reinsurers, and we received permission from our major motor underwriter to go ahead with selling the EV insurance product,” Donaldson told the Financial Gleaner after the company’s annual general meeting on Wednesday.

GENAC felt that given the current market signs, the experience in Barbados could be replicated in Jamaica, she added.

“We’re also quite aware that EVs will eventually be dominant in Jamaica, and so we wanted to be a little bit ahead of the game, making sure that we’ll be ready to offer a desirable product to our clients,” Donaldson said.

Among a population of more than half-million vehicles, the number of EVs and hybrids number just around 300. However, it’s projected that those numbers could rise to around 2,500 by next year and to more than 50,000 within a decade, or around 12 per cent of all automobiles.

GENAC is offering a discount to persons who sign up for a EcoDrive policy to entice business. But Jamalda Stanford Brown, who has been brought in to spearhead product development at the general insurer, is confident the nascent Jamaican EV market will evolve.

But right now, GENAC sees EV ownership as a lifestyle choice, and EcoDrive was designed with that in mind.

“An EV owner is probably cost-conscious and a bit environmentally conscious. As such, there are a few add-ons that we have put in as support,” said Stanford Brown, adding that a portion of the EcoDrive premiums will be donated to Jamaica Environment Trust, JET, while charging credits will be issued to early adopters of EV autos.

The charging credit, she says, is likely to continue, but is dependent on what sort of partnership that can be worked out with providers such as Evergo. The EcoDrive policy includes other benefits such as charging accessories coverage, and free breakdown coverage in the event that the EV runs out of charge while in-transit or the driver needs on-the-road assistance. In the event of an accident, where a driver is entitled to a replacement vehicle, it will be an EV or hybrid, Stanford Brown said.

Donaldson would not be drawn on the targets for the EcoDrive policy, saying only that it’s expected to bolster the GENAC’s No. 1 position in terms of gross written premiums. Last year, the company generated $13.96 billion in premiums, while its closest general insurance rival clocked $13.14 billion.

Updating shareholders at the company’s annual general meeting, Donaldson reported that while premiums for the June quarter climbed year-on-year from $7.6 billion to $9.8 billion, there was a steep decline in profit from $174 million to $17 million, as challenges mount for the insurance market.

“Our profitability is not as good as it was last year, because we suffered a bit of claims inflation,” she told shareholders.

“We’re looking at a 40 per cent increase in costs, compared to the settlement of claims up to June 2021. That said, the company is well positioned to deliver the best results it can, even with the tough circumstances,” she added.

The company sees Trinidad as a potential growth market, and has been investing time there to develop relationships to gin up business. The operations of GENAC Trinidad remain ahead of profit projections, Donaldson added.

“We spent a lot of time and effort in building those relationships ... we’ve provided digital interface to facilitate business and address needs, and, where possible, tailored products to suit market needs,” she said.