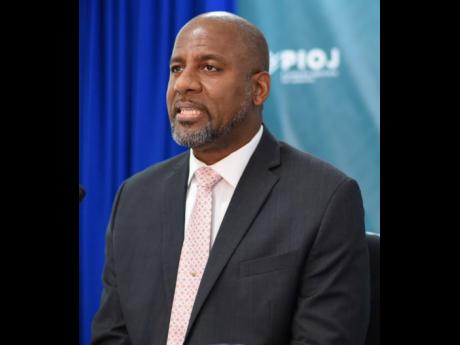 The Jamaican Government aims to improve its disaster and development planning by upgrading its digital maps into 3D format, which that would visualise the country’s hills and valleys that are often hidden by existing maps. “Most ministries,...

The Jamaican Government aims to improve its disaster and development planning by upgrading its digital maps into 3D format, which that would visualise the country’s hills and valleys that are often hidden by existing maps.

“Most ministries, departments, and agencies generate geospatial data in 2D format, as such there are few 3D datasets in the current repository,” said Marcia Blake-Hall, senior director of marketing and communication at the Planning Institute of Jamaica. “The upgrade of the repository will be focused inherently on addressing data gaps and improving data quality,” she said.

The project forms part of the wider World Bank-funded Foundations for Competitiveness & Growth programme, which the PIOJ oversees.

In recent times map applications were utilised to find suitable lands to produce turmeric by the Ministry of Agriculture. The National Land Agency used drones and GIS or geographic information system, to identify suitable sites for housing development across the island. The Forestry Department used GPS to mark the proposed boundary of the cockpit Country. Also, the Ministry of Health used GIS to map the communities and parishes with the highest COVID-19 cases and rates of infection.

Currently, most of the Jamaican Government’s mapping data plugs into the National Geospatial Data Repository housed within the Ministry of Economic Growth and Job Creation. But not all the data from the various agencies integrate well under current conditions.

Consequently, Government wants to hire a consultant to clean up the existing data and upgrade it to 3D format.

“The intended start date is April 2023 and the period of implementation of the contract will be 11 months from this date,” stated the tender document dubbed the ‘Upgrade of National Geospatial Data Repository’.

The PIOJ told the Financial Gleaner that Jamaica is on track to set up a digital economy in the near term and while the “financial sector has made significant strides in advancing this cause, there is considerable effort required to ensure that spatial data” keeps in step.

“This would mean that Jamaica must pursue a course of action at the strategic level to create a society empowered by data,” it added.

The tender supporting documents indicate that over 50 government entities utilise GIS and other forms of geospatial technologies to support their core operations in areas.

“Increased use of GIS locally has improved the ability of Government entities to address challenges such as poverty, housing provision, planning, development, environment management, climate change and disaster and emergency management, among others,” said PIOJ.

Despite its applications, roughly half of the data sets are not up to standard for addition to the master geodatabase, the release stated. Some lack information on buildings, footprints, network-enabled roads, water-depth data and so on, according to the tender documents.

The upgrade also forms part of the technology drive under Jamaica’s Vision 2030 National Development Plan. Vision 2030 aims to raise the living standard of Jamaicans to developed world status in the next decade.

“This would mean that Jamaica must pursue a course of action at the strategic level to create a society empowered by data. This strategic framework should aim to create a Jamaican geospatial data environment which unlocks unused and underutilised data sets to benefit businesses, researchers, public administrations and Jamaican citizens,” the planing agency said.