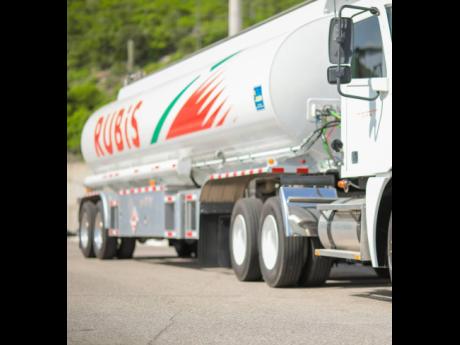 The Rubis logo is seen on a truck.

Rubis West Indies Limited says it is being forced to subsidise the local market for petroleum products in Dominica and has warned of job cuts.

“Following our suspension of sales on September 15, if this is not resolved in a timely and meaningful manner we will be severing ties with the employees come September 30,” said Country Manager Nicholson Dodds.

Speaking on the state-owned DBC radio, Dodds, said that Rubis West Indies, which is based in Barbados and has operations throughout the Eastern Caribbean as well as Guyana, is being forced said the pricing system implemented by Ministry of Trade acts as a subsidy of the market.

“What I mean by that is when you import a gallon of product, assuming that the landed cost here is 10 dollars, the price build up starts at let’s say nine dollars. So that for every gallon we are selling, even before the product gets to the market we are losing money,” he said.

“We have made repeated approaches to government and government is quite aware of it. In 2021, government made some concessions to us and they promised they will get back to the table in the first quarter of 2022 and we made several attempts to meet with government, we wrote to government, and we are still waiting.”

He added that Rubis could not wait indefinitely, saying “the losses continue” and “we can no longer sustain them”.

The Rubis country manager told radio listeners that if a product is imported into Dominica, it has to be sold at less than the landed cost.

“You are making losses even before the product get out there into the market,” said Dodds.

“We are being forced to subsidise it. Petroleum product is a regulated product. We don’t fix the price, the ministry does. It is not a question that we are losing a dollar and we can say let’s increase it by a dollar – it doesn’t work like that. For every importation that we bring in we must bring the invoice to the Ministry of Trade, so the ministry is quite aware of what we are paying for it, and based on that they do the price buildup,” he added.

The government has not yet responded to Dodds’ statement.

According to its website, Rubis West Indies Limited employs more than 200 people across the Caribbean.