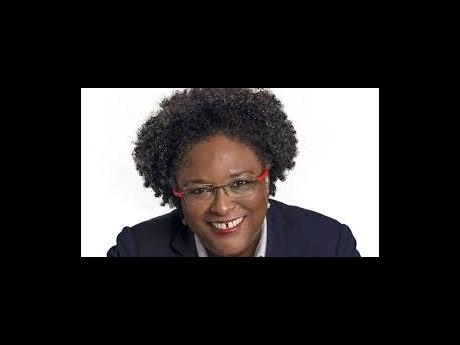 Barbados announced on Wednesday that it is refinancing part of its debt to help save the ocean as part of a unusual deal.

Government officials agreed to a US$150-million debt-conversion deal with The Nature Conservancy and the Inter-American Development Bank, the third of its kind in the world. Officials say the transaction, though it affects a relatively small share of overall debt, would free up some US$50 million that Barbados has pledged to use to protect 30 per cent of the waters surrounding the island.

“This climate crisis is one that requires the urgent action of all,” said Barbados Prime Minister Mia Mottley, who spoke at the UN Climate Summit last year. “In short, this is a game-changer.”

The country of about 300,000 people has the fourth-largest marine space in the Caribbean and currently protects less than one per cent of it, Sherry Constantine, director of the conservancy’s Eastern Caribbean programme, told The Associated Press.

Officials noted that tourism represents almost half of the island’s GDP and some 40 per cent its total employment. It has struggled with overfishing, pollution and excessive coastal construction.

Constantine said all sectors that depend on the ocean will plan how best to use the money and identity critical habitats that must be protected. They would use GPS coordinates to declare certain areas under protection and determine what kind of activities, if any, would be allowed there.

Barbados has five years to declare sites under protection and another two years to implement management plans.

“It’s a very complicated process,” Constantine said. “It does take a while to get there.”

The money saved from the debt-conversion deal in the next 15 years would be set aside in a trust fund that would award grants for marine conservation.

Constantine said that ideally, not only government agencies would be involved, but community leaders, fishermen and the private sector as well.

While the Seychelles and Belize have entered into similar agreements in recent years, it’s the first time a multilateral development bank has partnered with a conservation organisation to co-guarantee a new issuance of debt, Slav Gatchev, who leads the conservancy’s sustainable debt transaction team, told the AP.

“We’re ready to do a lot more in our priority countries,” he said. “Others should follow.”

The 2016 deal with the Seychelles allowed it to set aside US$430,000 a year for marine conservation, with officials protecting an area twice the size of Great Britain as of 2020, according to the conservancy.

Jennifer Morris, CEO at The Nature Conservancy, said such agreements can help officials protect and manage more than four million square kilometres of ocean, a 15 per cent increase in current global marine protection.