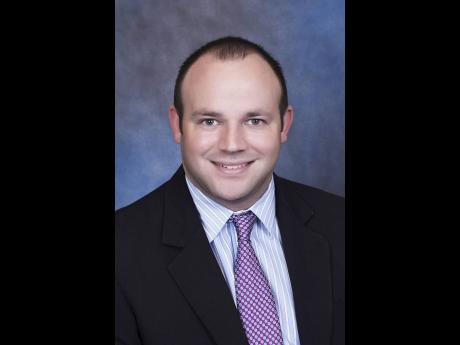 Croskery has teamed up with serial entrepreneur, Dr Boris Goldstein, who will hold 99.8 per cent shares in the entity, under a transaction that infuses assets and talent into what was formerly a shell company. Both Croskery and Goldstein were appointed as board members, but Croskery holds no shares in the entity, according to the filings to the US Securities and Exchange.

As part of the deal, Power Americas Resource Group acquired the printing assets from Goldstein who in turn received 30 million shares in PARG, while other minority shareholders hold 62,000 shares. The filings have not issued a value on the 30 million shares and the company’s balance sheet was not included in the market filings.

The infusion of assets will eventually allow the company to trade and generate sales.

The company plans to print homes, but the location of the operations, whether the United States or Jamaica, remains unclear. Croskery did not immediately respond to requests for comment.

The change of the executive leadership and directorship happened earlier this month, but the asset deal is set to close on September 30.

“As part of the purchase agreement, the company acquired specific assets relating to 3D/4D printing technology for use in the construction industry,” PARG said.

Goldstein is the founder of Graphene CA, and also the founder and chairman of Brain Scientific Inc, a publicly traded medical device company.

The deal resulted in Kevin Malone resigning from the role of president and CEO, and Croskery replacing him.

As of September 13, Croskery was appointed as “president, CEO, chief financial officer, treasurer and director”.

Croskery led brokerage Stocks & Securities Limited for several years before resigning his position three years ago and forming Croskery Capital in 2019. He has over 15 years of experience in financial services in Jamaica and the Caribbean.

Printed homes avoid traditional wood, block or brick-laying techniques. Instead, machines are positioned along the perimeter of the proposed site, from which it spews a layer of cement. The machine stacks layer upon layer to build the structure.

The main efficiency driver, however, relates to the speed of layering by the automated machine, and the reduction of labour costs.

The filings did not specify the build time or cost for constructing homes with these printer machines.

People with knowledge of the technique say it produces structures twice as fast and at about half the cost of traditional construction methods.

“With the acquisition of the assets, we intend to ‘print green’ homes without using hard chemicals utilising proprietary printing methods and proprietary concrete technology,” PARG said.

“At the heart of the acquisition is a large-format portal COP-printer with enhanced performance for printing elements of buildings, structures on foundations with an area of 12 x 100 metres and a height up to 12 metres. The printer can be expanded to include a high-pressure washer and a supply station for synchronized concrete mixes,” the company said.