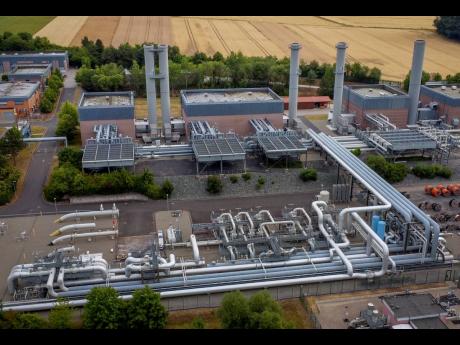 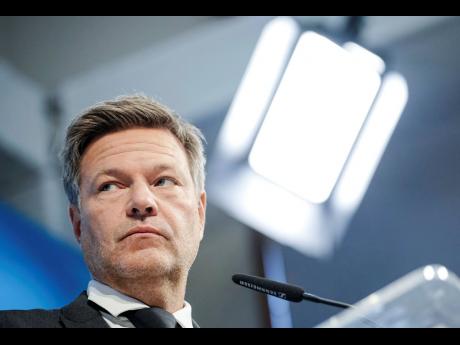 The German government says it has agreed to nationalise the country’s biggest natural gas importer, Uniper, expanding state intervention in the industry to prevent an energy shortage resulting from Russia’s war in Ukraine.

The deal with Uniper builds on a rescue package agreed to in July and features a capital increase of €8 billion that Germany will finance. As part of the agreement, the government will gain a 99 per cent stake in the energy supplier, which until now was controlled by Finland-based Fortum. The Finnish government has the largest stake in Fortum.

Germany’s economy minister, Robert Habeck, said the deal was necessary because of the significance that Uniper plays in the German gas market. It still needs to be approved by the European Commission, the European Union’s executive arm.

Uniper supplies about 40 per cent of all gas customers in Germany, and before the war, it bought about half of its gas from Russia.

The company’s losses have mounted as Russia has reduced natural gas supplies to European countries supporting Ukraine. The cuts have contributed to high prices for the fuel needed to heat homes, generate electricity and power factories, raising fears of business closures, rationing and a recession as the weather turns cold. Uniper has been forced to buy gas at far higher prices on the market to fulfil its supply contracts.

European countries have scrambled to counter the price spiral and prioritised securing their energy supplies for winter, including by filling their natural gas storage. Just last week, Germany also moved to take control of three Russian-owned oil refineries before an embargo on Russian oil takes effect next year.

Habeck noted that Germany has managed to fill its gas storage facilities to over 90 per cent capacity in preparation for the winter heating season, despite Russia halting gas deliveries through the Nord Stream 1 pipeline. Wholesale prices for gas have almost halved since the summer, he said.

Gas prices are still at a historically high level. Citing the importance of Uniper for the German gas market, Habeck said the government had chosen to nationalise the company “to ensure security of supply for Germany”. It is also holding onto plans for consumers to pay a gas surcharge, despite criticism from opposition parties.

Uniper supplies gas to some 200 municipal utility companies in Germany. It also holds stakes in power plants in Germany, Britain, Hungary, the Netherlands, Russia and Sweden.

German Finance Minister Christian Lindner made clear the government decision to nationalise Uniper was taken “in large part because of the enormous increase in economic risks there, which would no longer have been borne privately”.

“But that is not a decision that, in the long term, the German state will now be involved in the distribution and procurement of gas,” he said.

“It won’t be as cheap as Russian pipeline gas anymore, but not as expensive as we currently see that in the markets processing the big shortage,” he said. “But we need to find a bridge to get to this normalised market. Because otherwise, in the meantime, too many livelihoods, too many businesses and jobs will be lost.”

Fortum’s chief executive said the company’s divestment of Uniper was “the right step to take”.

“The role of gas in Europe has fundamentally changed since Russia attacked Ukraine, and so has the outlook for a gas-heavy portfolio,” CEO Markus Rauramo said.

Tytti Tuppurainen, the Finnish minister responsible for government-controlled companies, said in a news conference that the Uniper deal was “inevitable” so that Fortum’s losses could be limited, and the Finnish state would no longer have to capitalise the troubled Espoo, Finland-based energy group.

She made clear that the Finnish government wasn’t happy with the end result with Uniper, but acknowledged that Wednesday’s deal was “the unfortunate fact” Finland would have to deal with.

“This agreement secures Fortum’s position, and the (Finnish) state now has no need to capitalise the company. Of course, no one can say this for sure,” Tuppurainen told reporters.

The Finnish government owns just over 50 per cent in Fortum that is deemed a crucial company for the Nordic country’s energy security.

Uniper shares were down by a third on the Frankfurt exchange on Wednesday, compared with the previous day.

In a separate move last Friday, his government announced that German authorities were taking control of three Russian-owned oil refineries to ensure energy security. Two subsidiaries of Russian oil giant Rosneft are being put under the administration of the national network regulator.

Rosneft accounts for about 12 per cent of Germany’s oil-refining capacity, importing oil worth several hundred million euros every month, according to the government, which said the trusteeship was initially due to last for six months.

The network regulator already was put in charge of Gazprom’s former German subsidiary in April, a decision that the government said was necessary to bring “order to the conditions” at the company after the Kremlin-controlled parent company abruptly cut ties with the unit.

Environmentalists said the nationalisation of Uniper should prompt the government to steer the company away from fossil fuels.

“Uniper must say goodbye to coal and gas, and become a relevant actor in the energy transition,” Olaf Bandt, chairman of the German environmental group BUND.