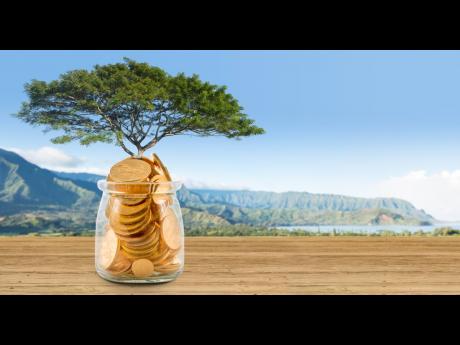 Just as there is no question that climate change brings enormous economic and financial risks, there should be no question that central banks can and must play a role in addressing this mother of all market failures.

As central banks in the United States and Europe tighten credit to regain control of inflation, they should also use their supervisory and monetary-policy tools to catalyse and incentivise the transition to a carbon-neutral economy. Inaction is not an option, even if most central banks have not officially incorporated climate-risk management into their mandates.

Most central banks already accept that they will have to help navigate the transition to net-zero carbon emissions. Under new reporting rules established by the Bank of England – through the Prudential Regulation Authority – more than 1,300 of the largest United Kingdom-registered companies and financial institutions now must disclose “climate-related financial information”.

Similarly, the European Central Bank, ECB, is encouraging climate-related disclosures by announcing that it will accept as collateral only assets that comply with its forthcoming Corporate Sustainability Reporting Directive.

Even the US Federal Reserve – one of the last major central banks to join the Network of Central Banks and Supervisors for Greening the Financial System – now accepts that it must play a supervisory and risk-mitigation role when it comes to climate change. Last year, it established the Supervision Climate Committee to assess US-based financial institutions’ microprudential readiness, as well as the Financial Stability Climate Committee to evaluate the macroprudential risks of climate change.

But central banks should go further. Rather than just navigating the green transition, they should drive it forward by creating incentives for the private sector. In May, the BOE released climate stress-test results showing that UK-based banks could incur £225 billion (US$265 billion) in losses by 2050, and that insurers face a 15 per cent fall in asset values, under the worst-case scenario. And in its inaugural climate stress tests, the ECB reported in July that eurozone banks could experience losses of €70 billion (US$70 billion) in the event of a disorderly transition to a lower-carbon economy.

In fact, these results significantly understate the risks posed by climate change, because only specific portfolios were stress-tested, and the shocks that were modelled did not feed into broader economic downturns. Moreover, neither set of tests has yet been used to influence capital requirements. But that is likely to change in the future, and when it does, banks will be further motivated to align their portfolios with global climate targets.

While the Fed is only in the “very early stages” of considering climate stress-testing, as Chair Jerome Powell put it to the House Financial Services Committee last year, the BOE and the ECB are forging ahead in other ways as well. To green its balance sheet, the BOE has started tilting its corporate-bond purchases toward firms with stronger environmental records, with a goal of reducing the carbon intensity of its corporate-bond portfolio by 25 per cent by 2025. And the ECB recently announced a similar scheme to decarbonise its corporate-bond holdings, starting this October.

When central banks announce that they are buying certain assets, the appetite for those assets rises and their issuers’ borrowing costs fall. The BOE and the ECB are therefore easing financing conditions for greener companies just when energy has once again emerged as a key driver of inflation. While central banks can’t bring down energy costs, they can help to reduce the private sector’s dependence on fossil fuels. If done the right way, this will also serve their price-stability mandates. Greening the economy entirely through carbon prices or regulation would embed the cost of carbon in prices, causing inflation to accelerate. But by subsidising cleaner alternatives to dirty energy, central banks can both contain inflation and support growth.

One way to do this is by using dual interest rates to incentivise private-sector green lending. Both the BOE and the ECB have already explored this option in response to the pandemic. The BOE has redeployed the Funding for Lending Scheme to support the UK economy, and the ECB is using its targeted longer-term refinancing operations for the same purpose. But rather than just targeting central banks’ lending to the private sector, these schemes should be used to give banks preferential (negative) rates if they direct the funds towards green investments.

Although the Fed has never used dual interest rates, the plumbing to do so is already in place. It could simply set its discount rate (what it charges banks for direct loans) below the federal funds rate (what banks charge each other to lend excess reserves overnight), and then offer banks the discounted rate if they deploy the funds for green lending.

Obviously, such proposals raise political questions. Elected officials do not want unelected central bankers to make decisions about how to allocate resources in the economy. Most central bankers do not want that responsibility, either, because they know that it could ultimately threaten their independence.

But even if dual interest rates aren’t an ideal response to climate change, they may be the only feasible one. If politicians were capable of mobilising private capital for the green transition, they would have done it by now.

This year’s energy-price spike has shown how our reliance on fossil fuels can undermine price stability in the short term. In preparing for the medium and long term, we should recognise that the green transition, too, will be inflationary if it is achieved primarily through carbon pricing and regulation. Central banks should use the tools at their disposal to influence demand and pricing for green assets. Doing so is not a distraction from their core mandate of achieving price stability; it is crucial to its success.