Porsche shares rise in one of Europe’s largest market debuts 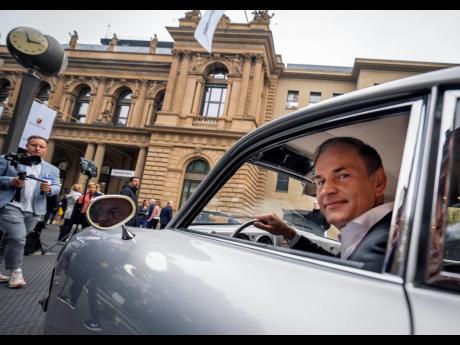 AP
CEO of Porsche Oliver Blume sits in an old Porsche 356 at the start of Porsche’s market listing at the stock market in Frankfurt, Germany, on Thursday, September 29. 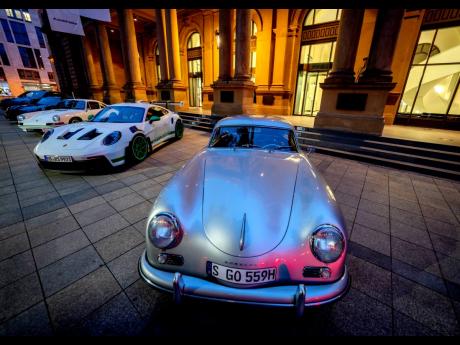 AP
Porsche cars are lined up in front of the stock market at the start of Porsche’s market listing in Frankfurt, Germany, on Thursday, September 29. In front is a Porsche 356. 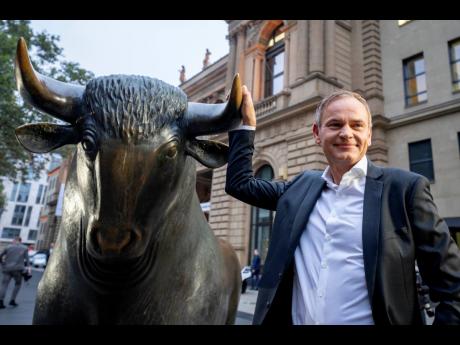 AP
CEO of Porsche Oliver Blume touches the bull statue at the start of Porsche’s market listing at the stock market in Frankfurt, Germany, Thursday, on September 29.
1
2
3

Shares in luxury carmaker Porsche AG rose on their first day of public trading after German parent company Volkswagen raised €9.4 billion (US$9.1 billion) for one of the largest initial public offerings in European history.

Shares traded at €85.68 on the Frankfurt Stock Exchange on Thursday, above the initial offering price of €82.50 established on Wednesday after Volkswagen lined up investors to buy shares for a minority stake in the maker of the 911 sports car and Cayenne SUV.

Volkswagen plans to use use the money to invest in software and electric vehicles as global auto industry shifts its focus to the energy transition.

The IPO was a venture into turbulent markets, as the war in Ukraine, inflation, rising interest rates and a global energy crunch have raised fears of recession in major economies such as Europe and the US. Europe’s Stoxx 600 index last week fell into bear market territory.

Still, investors snapped up the shares at the top end of the initial offer range, attracted by Porsche’s strong profit margins and recession-resistant luxury business.

Wolfsburg-based Volkswagen, whose other auto brands include Audi, Lamborghini, SEAT and Skoda, will remain the majority shareholder in Porsche and the companies’ industrial cooperation will continue. The sale is intended, however, to give Porsche more autonomy.

Volkswagen CEO Oliver Blume, who kept his earlier role as head of Porsche, will continue in that dual role.

Under the offering, 12.5 per cent of Porsche was sold to investors in the form of non-voting shares. As part of the transaction, another 12.5 per cent plus one share in voting shares was bought at a 7.5 per cent premium by Porsche Automobil Holding SE, representing the Porsche and Piech families, descendants of automotive pioneer Ferdinand Porsche. Their holding is also Volkswagen’s controlling shareholder with 53 per cent of voting shares.

Volkswagen Group took over Porsche in 2012 after Porsche made a failed bid for Volkswagen and wound up laden with debt.

Total proceeds from the sales of the two blocks of shares amounted to €19.5 billion. Of that amount, 49 per cent will be paid out as a dividend to Volkswagen shareholders. The rest is left for VW to fund its investments in future technologies.

Volkswagen can use that money to invest in new factories, technologies and lines of business as the global auto industry pivots to electric vehicles, in line with a worldwide focus on curbing climate-changing greenhouse gas emissions, and as software development plays an ever-growing role in that shift.

The deal ranks high among Europe’s biggest share offerings — behind Italian electrical utility Enel in 1999, valued at US$16.6 billion, and Deutsche Telekom in 1996, valued at US$12.5 billion, according to figures compiled by financial market data provider Refinitiv.