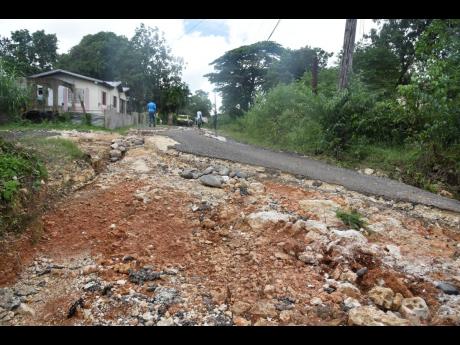 The National Aeronautics and Space Administration, NASA, deliberately crashed a spacecraft called DART – Double Asteroid Redirection Test – into an asteroid last week. Asteroids are ‘rocky objects’ that orbit the sun. These rocks, which vary in...

Asteroids are ‘rocky objects’ that orbit the sun. These rocks, which vary in size, are found between the orbits of the planets, Mars, and Jupiter.

Big asteroids cause global devastation when they crash into Earth. Scientists have found evidence of planet-wide destruction, caused by the crash of a big asteroid that occurred 66 million years ago. Programme Scientist on the DART Mission Thomas Statler said that that event resulted in the disappearance of dinosaurs from Earth. Similar impacts “occur very rarely, once every 10 million years or so,” the New York Times reported.

DART’s purpose was to evaluate the feasibility of using a spacecraft, moving at 14,000 miles per hour, to change the direction of a big asteroid travelling toward Earth. The collision of the two objects is expected to reduce the likelihood of an asteroid crashing into our planet.

The asteroid selected for this experiment did not pose a threat to Earth. The spacecraft relied solely on sophisticated technology. It was under the control of experts in physics and engineering in labs in Baltimore and Washington, DC. This was a cosmic experiment in risk management on a grand scale.

Scientists, unfortunately, have not developed the capacity to steer tropical storm systems away from land masses and prevent the loss of lives and the destruction of infrastructure and other property. The annual economic costs amount to billions of dollars. These thoughts entered my head as Hurricane Ian, while skirting Jamaica but causing blackouts and an estimated $360 million in damage to roads in St Catherine, Clarendon, Manchester, and St Elizabeth, hit western Cuba, and later, according to Business Insurance, “ploughed into Florida’s Gulf Coast (near Fort Myers) with catastrophic force on Wednesday, unleashing howling (150 miles per hour) winds, torrential rains, and a treacherous surge of ocean surf that made it one of the most powerful US storms in recent years”.

“We cannot control them. We cannot stop them. But we cannot leave our social and economic development hostage to these events. We must take the exogenous realities we cannot change as given and build and maintain robustness and resilience in our economic arrangements,” he says.

This statement suggests that the implementation of strategies to manage risks is part of many functions the Government undertakes. Is Dr Clarke the lone voice crying out in the wilderness?

Based on three reports published last Tuesday in this newspaper, there are persons in government who have not read or understood Dr Clarke’s Sunday Gleaner August 7, 2022, article ‘Jamaica at 60 – Taking Responsibility for Our Vulnerabilities’.

1. Green Acres Police Station, St John’s Road, Johnson Pen: The caption to the photograph shows the “newly constructed’ $73-million, two-storey building housing the police station surrounded by water on all sides”. Incredibly, it also read, “drainage works, of at least $260 (sic), are yet to be undertaken to alleviate the flood risk”.

2. NHT defends sandbags for Ruthven Towers: The NHT defended its use of sandbags at the upscale apartment complex as a precautionary measure against flooding amid continual rainfall from Hurricane Ian, saying it was confident about the effectiveness of the drainage infrastructure at Ruthven Towers. NHT Corporate and Public Affairs Manager Dwayne Berbick said the sandbags were installed “out of an abundance of caution” in response to predictions of extreme weather conditions and Jamaica being placed on a tropical storm watch. Predictions of extreme weather conditions prompted the additional mitigation response were excess water to place stress on the main public drain along the roadway. The spokesperson also said that the NHT had engaged the services of engineering consultants on the project in keeping with drainage and other design elements.

3. Big Pond, Bannister, St Catherine: One resident was quoted as saying: “I have been living here for 45 years and continue to suffer from the flooding. I have recommended that the authorities lift the road and clean the culverts.”

None of the reports mentioned the Office of Disaster and Emergency Management, ODPEM, which describes its mission as “leading the process of reducing the impact of disasters on Jamaica through comprehensive disaster management”.

Three months ago, the minister with responsibility for the ODPEM launched, with much fanfare, a 113-page Comprehensive Disaster Risk Green Paper. What actions have been taken since July? Why are the ministry and the minister missing in action during the most active part of the 2022 hurricane season?

American scientists funded by the United States government took responsibility for developing a strategy to protect our planet from asteroids that may cause devastation to our planet. We, in Jamaica, should assume responsibility for protecting ‘the Rock’ and its inhabitants from destruction and damage caused by natural disasters.