RJRGLEANER expects to bounce back after first-quarter loss 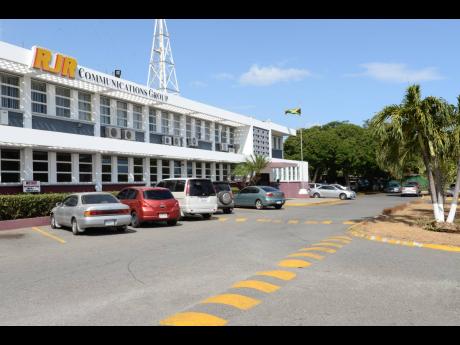 The management of Radio Jamaica Limited, which trades as the RJRGLEANER Communications Group, is looking past a first-quarter loss of $40 million that was ascribed to seasonal and logistical factors, saying business is already on the upturn.

Chief Financial Officer Andrea Messam said supply chain challenges caused client companies to pull back on advertising spend during the April-June period. It resulted in a nine per cent decline in revenue for the group, from $1.42 billion to $1.3 billion, and a depressed bottom line. The group spun from a profit of $110.4 million to a loss of $39.8 million in the period.

After delivering a report on an outsize performance for the financial year ending March 2022, Messam, in an update to shareholders at the RJRGLEANER's annual general meeting last Wednesday regarding the first quarter of the new financial year, said the dip in revenue was a continuation of what occurred in the fourth quarter, covering the January-March period, when the group started feeling the impact of the supply chain disruptions.

“That caused the persons and companies who would normally advertise having issues receiving their products and staying out of the market,” said Messam. They managed “their companies and situations by reducing their advertising spend,” she told shareholders. “We saw that happening, and that impacted our revenue performance in the first quarter.”

Group CEO Gary Allen reported to the meeting that under RJRGLEANER's five-pronged strategy, the group has been addressing big-ticket items such as content, through the expansion of the range and depth of offerings across all its platforms. Under the income diversification strategy, which is also one of the five prongs, the recently acquired companies are in the growth phase of their development.

The other pillars were identified as greater efficiency, incorporating technological upgrades for transmitters and IT upgrades at the departmental level; people and its culture; and digital transitioning, with upgrades in customer interface systems and the introduction of the new ATSC 3.0 standard of broadcasting.