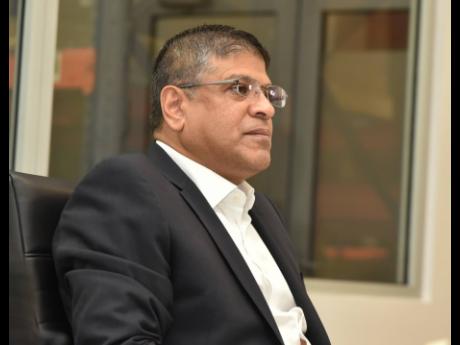 Portland Caribbean Fund II has realised about US$70 million or more after selling its stake in entities electricity provider InterEnergy and a subsidiary, according to director Robert Almeida.

“The value of the companies in the portfolio increased during the pandemic, while realisations were initially delayed,” said Almeida at Portland JSX Limited’s annual general meeting and investor briefing on Tuesday.

“We did realise between US$70 million and US$80 million during that time period and the portfolio has still increased in value,” he said. “We were a shareholder in InterEnergy and also in Portland Panama Wind, a subsidiary of InterEnergy. Both of those were successfully exited and turned into cash in 2022.”

Portland JSX will receive around US$8 million of the realised cash. Almeida said however that the company, which is listed on the Jamaica Stock Exchange, would not disburse all of the returns to shareholders as a dividend.

The company is holding cash to fund new investments as well as a potential buyback of its own shares to increase shareholder value.

The Portland JSX stock is trading at a “40 per cent discount to its underlying value,” he said.

“We have seen a 55 per cent rise in value since inception of Portland JSX, yet the stock price doesn’t reflect it,” he said.

InterEnergy operates an electricity company with operations in DR , Jamaica, Panama, Chile and Uruguay. Portland’s initial investment of US$25 million in InterEnergy was made in 2016.

Caribbean Fund II has some three years remaining in its planned lifespan of a decade.

Almeida, a managing partner of the Michael Lee-Chin controlled Portland Private Equity or PPE, is seen as the key operative for the fund that is chaired by Lee-Chin.

At the end of the Caribbean Fund II, a third fund will be launched, allowing Portland JSX, a listed company, to continue activities as a going concern.

The value of the Caribbean Fund II stands at just below US$250 million inclusive of the realised cash, from an initial US$180 million invested. The fund is invested in various businesses across the region, Outsourcing Management Limited, which trades as itel; Productive Business Solutions Limited, a regional IT services firm; Facey Telecom which offers card services; Merqueo which operates online groceries in Latin America; Diverze Assets Inc, the holding company for tour entity Chukka Caribbean; CVBI, which includes the telecoms Liberty Latin America; Grupo IGA, which includes the large Colombian restaurant operation called Andres; and Clarien Group Limited, a provider of financial services.