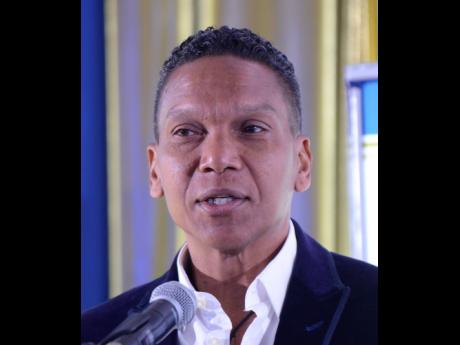 Jamaican Christopher Dehring, whose company Readynet offers internet services via satellite technology, says the added competition from Starlink Jamaica would be in the country’s interest. It would provide more independent means of connecting...

Jamaican Christopher Dehring, whose company Readynet offers internet services via satellite technology, says the added competition from Starlink Jamaica would be in the country’s interest.

It would provide more independent means of connecting Jamaica to the internet. The two largest players operate fibre optic networks that connect Jamaica to the world via underwater cables.

“We have no issue with competition. Satellite technology has become a viable and effective alternative, especially for remote areas and national redundancy and we had no doubt that once we led the way, competition would follow,” said Dehring.

“This will benefit both the country and the industry,” he said.

Jamaica would join about 32 countries in which Starlink has a presence. The service offers internet from a constellation of about 2,000 satellites in near space. It builds on earlier satellite dish technology but Starlink’s satellites are several miles closer to Earth’s orbit which dramatically reduces latency or interruptions.

Dehring said that for rural communities internet via satellite transmission has become more economic than fibre optic cable, which is seen generally as the most reliable connectivity.

Consequently, although Readynet is a relatively small company it can can offer islandwide coverage, he said. The company focuses on schools and a few corporate clients, he said.

Readynet has a regional partnership with American provider of satellite connectivity, Viasat, he said.

“We are not doing badly as a service. It is holding its own. We are hoping to get more business but tenders were postponed,” he said about Readynet, which started operations around 2019.

The fibre optic cables of large providers Flow and Digicel run from a hub in Florida into homes in Jamaica. The lines provide high data speeds. The drawback is that the system requires a heavier capital outlay than satellites, said Dehring.

“Satellite doesn’t directly compete with fibre-to-home. It fills an important niche, and is also for redundancy. It is critical for rural connectivity,” he said.

Caribbean islands have been known to lose internet connectivity when cables get damaged by storms. Contrastingly, internet from space generally avoids the worst of Earth’s weather, proponents say.

“We have been lobbying to get satellite technology in Jamaica. One of our arguments was that if the regulations changed then we would not be the only entity to benefit,” he said, implying that other players would enter the market.

“It wasn’t feasible for V-SATs because there was no regime for it,” said Dehring. “The only pricing regime was for the Jamintel earth station. So, they had to do the regime change,” he said.

Dehring lauded the Spectrum Management Authority, the allocator of bandwidth, for its swift adjustments to the regime.

“One of the arguments we used was it would change the regime; and it won’t be just us, but it would allow others to enter” the market, he said.