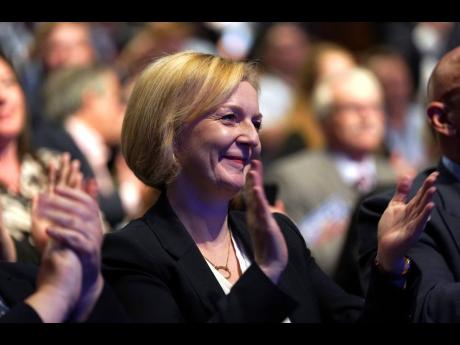 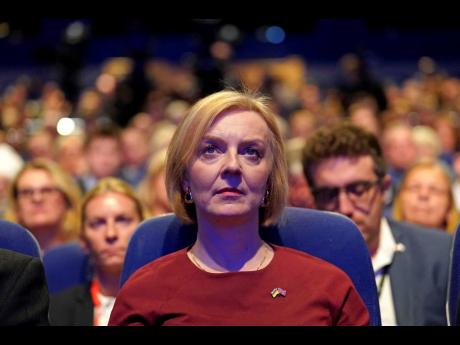 Liz Truss should be celebrating her first month as the United Kingdom’s prime minister. Instead, she’s fighting for her job.

Truss is spending her first Conservative Party conference as leader this week scrambling to reassure financial markets spooked by her government’s see-sawing economic pledges, while trying to restore her authority with a party that fears its chance of re-election is crumbling.

After abandoning a tax cut for the wealthy that sparked a storm of opposition, Truss insisted on Tuesday that she is leading “a listening government” that learns from its mistakes.

“I think there’s absolutely no shame in a leader listening to people and responding, and that’s the kind of person I am,” she told Sky News.

To the BBC she said: “We have learned from the feedback we’ve received.”

That ‘feedback’ has been dramatic: Truss’ four weeks in office have seen the pound plunge to record lows against the dollar, the Bank of England take emergency action, and the opposition Labour Party surge to record highs against her Conservatives in opinion polls.

Now Truss also faces a battle with her party over her economic plans, with some lawmakers warning they will oppose any attempt to slash welfare benefits to help pay for lower taxes. Truss said “no decision has been made yet” on whether to cut benefits and pensions in real terms by raising them by less than inflation.

Truss is on a mission to reshape Britain’s economy through tax cuts and deregulation in a bid to end years of sluggish growth. But she is trying to ride out a series of U-turns over her first big policy: a stimulus package that includes £45 billion (US$50 billion) in tax cuts, to be paid for by government borrowing. Its announcement on September 23 sent the pound tumbling to a record low against the dollar and increased the cost of government borrowing.

The Bank of England was forced to intervene to prop up the bond market and stop a wider economic crisis. Fears that the bank will soon hike interest rates caused mortgage lenders to withdraw their cheapest deals, causing turmoil for homebuyers.

Under political and financial pressure, the government on Monday scrapped the most unpopular part of its budget package, a tax cut on earnings above £150,000 (US$167,000) a year.

“It was becoming a distraction – that is why we immediately changed that policy, and that is the kind of government we are,” Truss said on Tuesday as she visited a construction site in the central England city of Birmingham. “We do respond when there are concerns and we act quickly.”

Abandoning the top-rate tax cut will save about £2 billion, a small share of the government’s £45-billion tax-cutting plan – and it’s unclear how the rest will be paid for.

UK Treasury chief Kwasi Kwarteng has promised to publish a fully costed fiscal plan, alongside an economic forecast from the independent Office for Budget Responsibility. Kwarteng is under pressure to produce it sooner, but insisted on Tuesday he was sticking with his original date of November 23.

What Kwarteng called the “hullabaloo” over the government’s plans has cast a shadow over the Conservatives’ annual conference in Birmingham.

“Things are looking pretty bleak,” said Michael Heseltine, who was Conservative deputy prime minister in the 1990s. “It will require a very impressive feat of political leadership, and it needs to start today.”

Truss is due to make a speech to conference delegates today, Wednesday.

The party has a commanding majority in Parliament but is fractious after three years of scandal under former Prime Minister Boris Johnson, followed by a divisive leadership contest between Truss and former Treasury chief Rishi Sunak.

Sunak warned during his losing campaign that Truss’ plan to fund tax cuts through borrowing would undermine both the government’s economic credibility and the nation’s finances.

Truss says her policies will bring economic growth, higher wages and, eventually, more tax revenue for the government to spend. But critics say the plans do little to help millions of people who are struggling right now with a cost-of-living crisis fuelled by soaring energy prices.

Truss said she was “very committed to supporting the most vulnerable”, pointing to a cap on energy prices that took effect on October 1.

However, she refused to promise benefits and state pensions would increase in line with inflation, which has been the practice for years.

“We are going to have to make decisions about how we bring down debt as a proportion of GDP in the medium term,” Truss said. “We have to be fiscally responsible.”

Conservative lawmakers – including government ministers –warned Truss that they oppose a real-terms cut in welfare benefits.

Conservatives have a long history of deposing unpopular leaders. Johnson led the party to its biggest election win for decades in 2019. He was ousted less than three years later.

Some Conservatives in Birmingham said Truss could still recover if she changes her message. Former Conservative leader Iain Duncan Smith said the government should have “rolled the pitch” to prepare for its announcements and focused on growth, rather than tax.

“These are the lessons you learn,” said Duncan Smith, who was booted out as leader in 2003 after two years in the job.

Michael Gove, a former Cabinet minister who has been critical of Truss throughout the conference, had a one-word answer when asked on Tuesday if she would still be prime minister at the end of the year: “Yes.”