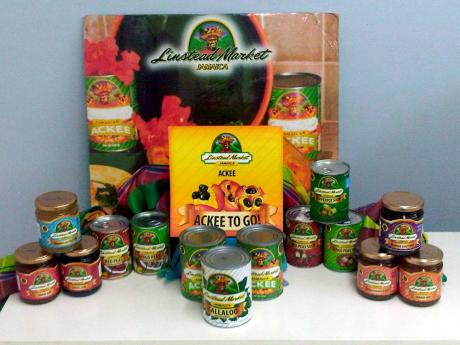 Earlier this week, Spur Tree, through a notice on the Jamaica Stock Exchange, announced that effective October 3 it entered into a share subscription agreement with Canco Limited which would result in the company holding a 51 per cent shareholding in the St Thomas-based company.

Canco trades as Linstead Market and processes agricultural produce such as ackees, callaloo and breadfruit slices which are packaged and sold both locally and internationally.

Spur Tree produces a range of moist seasonings and sauces, juice drinks, canned ackee and callaloo, and seasonings and soups for the food service industry. Its exports are highly concentrated in Florida and the eastern end of the United States, but the company wants to go after more business in the mid-western and southern US. Its other foreign markets include Cayman Islands and New Zealand.

With ackee being a highly demanded strategic product in export markets, the company has been looking to beef up its presence in that market.

Part of its plans are to rationalise the operations at Exotic, to double production over the next two years. Since then a second line has been added at the factory.

The new Canco factory was put up for sale by chairman and CEO Norman McDonald. Spur Tree was chosen as the preferred bidder based on similarity in visions for the companies and compatibility of the product portfolios.

The price paid by Spur Tree to purchase the majority stake in Canco was not disclosed, nor was its budget to build out additional product lines.

Through the acquisition, Spur Tree gets ownership in about 20 products that Canco has formulated, some of which are already on the market.

For its second quarter ending June, Spur Tree grew earnings 35 per cent to $38 million on revenues which were flat at $201 million. Over the half-year, January to June, earnings nearly doubled to $89 million.