To join ranks of small club dominated by fincos 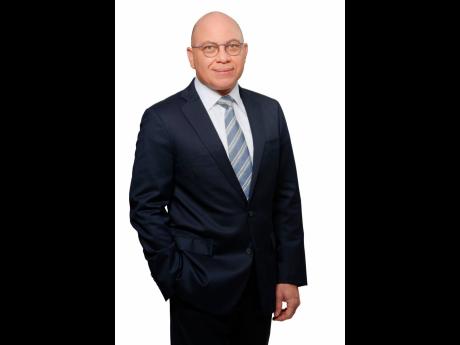 With $112 billion of combined assets and other resources at their disposal, the leaders of investment and property conglomerate PanJam Investments Limited and food and logistics conglomerate Jamaica Producers Group Limited are focused on the global reach of the new Pan Jamaica Group being created under a non-cash deal announced on Monday.

PanJam acquired JP’s sprawling global food, beverage, shipping and logistics operations in what the entities have described as a “business combination”.

“The transaction is an all-shares transaction,” JP CEO Jeffrey Hall said in an interview with the Financial Gleaner on Tuesday, when asked whether the proposed deal, which is expected to close within the first quarter of 2023, involves a cash component.

JP shares have gained more than 24 per cent since the announcement to close at $22.84 on Tuesday. PJAM shares lost a little of their momentum on Tuesday but were still up by nearly eight per cent at $56.56.

It is expected that JP will emerge as the largest shareholder with a 34.5 per cent stake in PanJam, which will have a name change to Pan Jamaica Group Limited.

Both the newly named Pan Jamaica Group and JP will remain listed on the Jamaica Stock Exchange.

The merged operation will be chaired by Stephen Facey, with Hall as executive vice-chairman and CEO.

Meanwhile, JP will continue to operate as a separate company outside the new group. The primary business of JP would become the investment management of its shares in, and proceeds from, the new Pan Jamaica Group.

The deal, which awaits regulatory and shareholder approval, would create a large, diversified conglomerate with combined assets of $112 billion.

The combined Pan Jamaica will fall within a small grouping of stock market companies with assets rising above $100 billion. Seven others currently sport balance sheet assets ranging from $110 billion to $2 trillion, all seven of which operate wholly or in part in the financial sector.

“This transaction will combine our strengths and talent. The scale of the balance sheet of the combined Pan Jamaica Group and the depth of our experience will enable us to become the region’s investment vehicle and investment partner of choice,” PanJam CEO Joanna Banks told the Financial Gleaner via email on Monday, following the disclosure of the planned deal.

“The Pan Jamaica Group will have an excellent platform for growth with a leading position in a range of key industries, including property and infrastructure, finance, speciality food and logistics. As a geographically and operationally diversified company, we expect to have access to larger investment opportunities around the world, translating to improved shareholder value,” the PanJam CEO added.

The deal takes PanJam into the world of shipping and logistics, and JP into the realm of hotels and commercial property, as well as insurance and banking, indirectly, via minority holdings held by PanJam in financial conglomerate Sagicor Group Jamaica Limited.

“The combined Pan Jam Group will serve its shareholders by having both a strong network and base of operating activities which is both diverse and global. At the same time, it will have the liquidity and strength of capital to aggressively expand. Our goal is to optimise on the business based on these strengths,” Hall said, in further explanation of the rationale for the deal.

Outside of Hall taking the executive helm of the group as CEO, with Banks being given the title of president, the transaction does not contemplate any changes to the management of PanJam’s many operating subsidiaries and associated companies, according to Banks.

No exits from either board are expected at this time, Banks and Hall said.

“If approved by shareholders, the transaction does not contemplate a change in the shareholder structure of Jamaica Producers Group,” Hall added.

He also said no changes are expected in the food and logistics company’s 2,000 global workforce, including in Jamaica, Dominican Republic, the Netherlands, Spain and the United Kingdom, as a result of the deal.

Post-transaction, JP will be designating a small team of professionals to manage its portfolio of investments and arrange for its ongoing governance, with Hall continuing to provide oversight of that team on behalf of the JP board and shareholders.

Pan Jam and JP are successful Jamaican companies with already-diversified portfolio spanning several countries. Pan Jam evolved from a property company that was the brainchild of the late Maurice Facey, while JP grew out the banana co-operative, Jamaica Banana Producers Association, of the 1920s. A group managing director of JP for nearly three decades, Dr Marshall Hall died on Tuesday, one day after the agreement was announced. He was the father of the current JP CEO, who succeeded him as head of Jamaica Producers in 2007.

More real estate development projects leveraging the property development and management acumen of PanJam are on the cards, among a range of other possibilities for synergies, Banks said.

Asked about the possibility of Jamaica Producers venturing into other areas of business outside of managing its shareholding in Pan Jam Group, Hall was not definitive, but stressed that JP’s main focus would be the success of the merged business.

In addition to property development and rental, PanJam derives much of its income from its approximately 30 per cent ownership of financial conglomerate Sagicor Group Jamaica. It is also invested in tourism through Chukka Caribbean Adventures, and in hotel ownership and management through Pan Jam Hospitality Limited, as well as ownership of the Hilton-branded ROK hotel in downtown Kingston and a significant stake in Marriott Courtyard hotel via Caribe Hospitality.

PanJam also has investments in food lines and office rental in the Caribbean through Williams Offices (Caribbean) Limited, in consumer products and in two business processing firms.

From its beginnings growing bananas and exporting the fruit from the parish of St Mary, Jamaica Producers has built a worldwide business through JP Tropical Food Limited, JP Farms, Dutch Hoogestager, JP Monte Cristi, among other global food and beverage investments. Its shipping and logistics businesses include Kingston Wharves Limited, Geest Line, JP Shipping, and Miami Freight and Shipping.