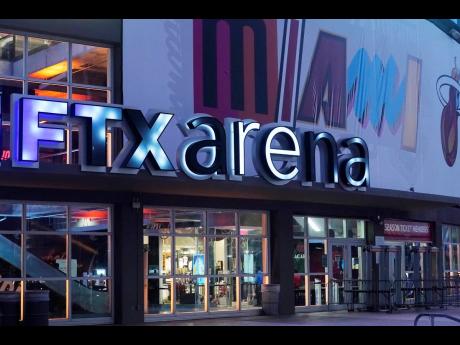 AP
Signage for the FTX Arena, where the Miami Heat basketball team plays.

The Bahamas government has dismissed as “inaccurate allegations” international criticism of the country’s digital asset regulations following the collapse of FTX.

The crypto company is under investigation by the Securities Commission of The Bahamas, SCB, as well as the US Justice Department, following its spectacular fall.

FTX moved its headquarters from Hong Kong to The Bahamas last year, where it is registered as FTX Digital Markets Limited. The police in Nassau have already announced an investigation into FTX that had been backed by elite investors like BlackRock and Sequoia Capital, and rapidly became one of the biggest crypto exchanges in the world.

“We have been shocked at the ignorance of those who assert that FTX came to The Bahamas because they did not want to submit to regulatory scrutiny. In fact, the world is full of countries in which there is no legislative or regulatory authority over crypto, but The Bahamas is not one of them,” said Bahamas Attorney General Ryan Pinder.

FTX Trading CEO John Ray, in US court filings on November 17, said he had “credible evidence” that The Bahamas government “directed unauthorised access” to FTX’s systems, and aided the withdrawal of digital assets. FTX Trading is a separate but connected company.

Pinder described Ray’s remarks as regrettable and defended the Securities Commission’s decision to protect FTX Digital Markets’ assets for the benefit of clients and creditors.

“It is extremely regrettable that in Chapter 11 filings for bankruptcy protection made in New York last week, that the new chief executive of FTX Trading Limited — not the Bahamas-based FTX Digital Markets, but an affiliate company incorporated in Antigua & Barbuda — misrepresented the timely action taken by the Securities Commission, and used inaccurate allegations lodged in the transfer motion to do so,” said Pinder said.

“It is possible that the prospect of multimillion-dollar legal and consultant fees is driving both their legal strategy and the intemperate statements. In any case, we urge prudence and accuracy in all future filings,” Pinder said in a television broadcast.

FTX Digital Markets was put into provisional liquidation earlier this month after experiencing a liquidity crisis, sparked by clients’ simultaneous withdrawal of assets from FTX. In the wake of that action, FTX, its sister company Alameda Research and dozens of other affiliates filed a bankruptcy petition in Delaware in the United States, and FTX founder Sam Bankman-Fried resigned as CEO.

Ray has since replaced Bankman-Fried.

Pinder told Bahamians that as is provided for under the country’s regulatory framework, “we are already working with a number of specialists and experts, and will continue to do so as the need arises”.

He said there are a number of protective measures which the regulator has taken under the authority conferred by the Supreme Court of The Bahamas, but not what the measures entailed.

“For the time being, we will not set out those measures in any further detail, until we are confident that doing so will not jeopardise any aspect of the ongoing investigations,” said the attorney general, adding that as the probes continue, he was advising the authorities to exercise “prudence and restraint” while commenting on matters related to FTX.

Pinder warned that “ill-informed speculation” will not be helpful to anyone involved, and was critical of persons who have been chastising the government for being “silent” on matters regarding FTX’s implosion.

“The dozens and dozens of companies involved, registered in numerous jurisdictions across the world, the scope of related parties, including some of the world’s most sophisticated investors, demonstrate the cross-border, multi-jurisdictional nature of this event,” said Pinder.

“And it is deeply misguided to conclude that reluctance to communicate the details of an active investigation means that nothing is happening; in fact, the government’s discretion stems from how seriously we take our commitment to the rule of law and the independence of the securities regulator.”

The attorney general said the Bahamian authorities here have been able to assert their leadership in the digital assets arena.

“When a respected risk and market integrity firm ranked the world’s digital assets regulatory regimes earlier this year, our country was first, and for good reason. The digital asset sector is a high-profile, embryonic sector of the Bahamian financial services sector, an area where The Bahamas has demonstrated global leadership for decades. As a world-leading destination for tourism, we have been audacious before in asserting that ‘it’s better in The Bahamas’.”

Meanwhile, two US senators – Elizabeth Warren and Sheldon Whitehouse – want the executives of FTX to be held accountable by the American authorities.

“We write to express deep concern over the disturbing allegations of fraud and illicit behaviour that led to the collapse of cryptocurrency firm FTX Trading Limited and to urge the Department of Justice to hold the company’s executives accountable to the fullest extent of the law,” the senators wrote in a letter to US Attorney General Merrick Garland and Assistant Attorney General for the criminal division, Kenneth Polite Jr.