El Salvador to repurchase more of its debt 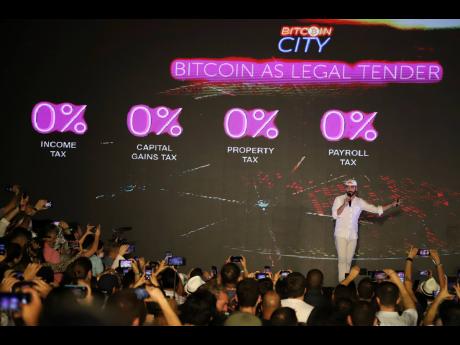 El Salvador’s government announced on Tuesday that it will make a second buyback of its sovereign bonds maturing in 2023 and 2025 as it tries to calm market concerns that it could default on its debt.

The government set the maximum for the repurchase at US$74 million. The 2023 and 2025 bond offerings were US$800 million each.

In September, the government bought back US$565 million of those bonds.

President Nayib Bukele said via Twitter that the September repurchase “was so successful that we have decided to launch ANOTHER OFFER for the remainder of the 2023 and 2025 bonds”.

The debt was issued by previous administrations in 1999 and 2004.

El Salvador last year became the first country to make the cryptocurrency bitcoin legal tender, drawing criticism from international lenders. The International Monetary Fund asked the government to reverse that decision, but Bukele dismissed the request and said the country would issue bonds denominated in bitcoin, something that has still not happened a year later.

Bukele’s government has also invested heavily in bitcoin, which has since plummeted in value.