To proceed with Caribbean Dreams spin-off and IPO 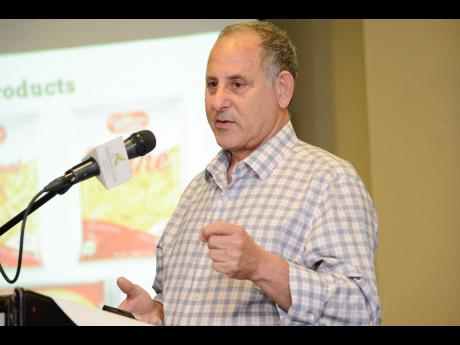 Caribbean Dreams Foods Limited, the newly created manufacturing division of Jamaican Teas Limited will be spun off by March 2023, having secured rights to produce Tetley brand of teas. The new company was expected to become operational around March...

Caribbean Dreams Foods Limited, the newly created manufacturing division of Jamaican Teas Limited will be spun off by March 2023, having secured rights to produce Tetley brand of teas.

The new company was expected to become operational around March of this year, but the timeline shifted as JamTeas worked to secure approval for spin-off operation to manufacture the Tetley brand, which JamTeas is licensed by its American owners to produce.

All that’s left are approvals from the Jamaican authorities.

“The main approval that we needed from the owners of the Tetley brand was cleared about two months ago. What’s left now is for us to get approvals to export and so forth, but we don’t expect that those will take very long,” said Jamaican Teas CEO John Mahfood.

Once Caribbean Dreams Foods is fully formed, JamTeas will proceed with its plan for an initial public offering of shares, IPO, and have the company listed on the main market of the Jamaica Stock Exchange.

“The listing should happen about six months from now, which will take us into summer 2023,” he said.

JamTeas holds 50 per cent of KIW and 35 per cent of QWI. The others are wholly owned companies of Jamaican Teas.

On an annual basis, JamTeas is now racking up $2.5 billion in sales, according to its preliminary financial results for year ending September 2022. It’s earnings for the period was $179 million.

Created last year, the Caribbean Dreams manufacturing division is led by Diana Blake-Bennett, the former head of coffee-processing company Salada Foods Jamaica, who took up the position on November 15, 2021.

The manufacturing division currently produces teas, soups, spices, among other foods items, under proprietary brand Caribbean Dreams, along with Tetley.

Funds raised from the IPO, which Mahfood estimates will be about $1 billion, will be used to expand Caribbean Dreams Foods product line, as well as facilitate the consolidation of the Richmond Park and Bell Road factories in Kingston.

The tea maker last year received planning approval for the long-awaited expansion of its Bell Road factory. It also secured a 10,000-square-foot building on Montgomery Road in Richmond Park, Kingston, where it has relocated the manufacturing of its soup and spices.

“We intend to use part of the proceeds to buy or build another property. We operate from two different factories now, so we would consolidate them. We are also expanding our soups and spices line, which some of the proceeds will also go towards,” Mahfood told the Financial Gleaner.

The CEO is still working through details of what its existing buildings – one of which it owns – will be used for. Jamaican Teas’ registered office is at 2 Bell Road, Kingston.