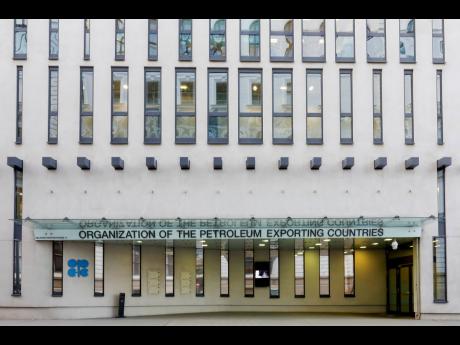 AP
The Organization of the Petroleum Exporting Countries headquarters in Vienna, Austria.

Major Western measures to limit Russia’s oil profits over the war in Ukraine took effect on Monday, bringing with them uncertainty about how much crude could be lost to the world and whether they will unleash the hoped-for hit to a Russian economy that has held up better than many expected under sanctions.

In the most far-reaching efforts so far to target one of Moscow’s main sources of income, the European Union is banning most Russian oil and the Group of Seven democracies has imposed a price cap of US$60 per barrel on Russian exports to other countries.

The impact of both measures, however, may be blunted because the world’s No. 2 oil producer has so far been able to reroute much of its European seaborne shipments to China, India and Turkey, although at steep discounts, and the price cap is near what Russian oil already costs.

As it stands, Russia will likely have enough money to not only fund its military, but support key industries and social programmes, said Chris Weafer, CEO and Russian economy analyst at consulting firm Macro-Advisory.

“At this price level, that outlook really doesn’t change much. But what is key is how much volume Russia would be able to sell,” he said. “And that depends not only on the willingness of Asian buyers to continue buying Russian oil, but also what is the physical ability of Russia to shift that oil.”

Western leaders are walking a fine line between trying to cut Russia’s oil income and preventing an oil shortage that would cause a price spike and worsen the inflation plaguing economies and hurting consumers worldwide. They could later agree to lower the price cap to increase pressure on Russia, which says it will not sell to countries that observe the limit.

To seriously cut Russian revenue, the cap must be lowered “quickly and progressively,” said Lauri Myllyvirta, lead analyst at the Finland-based Centre for Research on Energy and Clean Air.

Even the US$60 cap, if enforced, would already push Russia to lower per-barrel tax, he said, calling it “by far the biggest step to date to cut off the fossil fuel export revenue that is funding and enabling Russia’s barbaric invasion of Ukraine”.

Russia has been living off the huge windfall from higher oil prices earlier this year and will be more vulnerable in the next several months when that money is spent, Myllyvirta said.

Kremlin spokesman Dmitry Peskov, asked in a conference call how the oil price cap might affect the war, said: “The economy of the Russian Federation has the necessary potential to fully meet all needs and requirements within the framework of the special military operation, and such measures will not affect this.”

The United States, European Union and allied countries have hit Russia with a slew of sanctions aimed at bank and financial transactions, technology imports and regime-connected individuals. But until now, those sanctions have for the most part not directly gone after the Kremlin’s biggest moneymaker — oil and natural gas.

Even as Western customers shunned Russian oil, the higher prices, driven by fears of energy shortages, helped offset lost oil sales, and Russian exporters have shipped more oil to Asian countries and Turkey in a major reshuffling of global oil flows. Russia’s economy has shrunk — but not by as much as many expected at the start of the war almost 10 months ago.

One unknown is how much of the oil formerly sold to Europe can be rerouted. Analysts think many, but not all, of the roughly one million barrels covered by the embargo will find new homes, tightening supply and raising prices in coming months.

He said “this cap will lock in the discount on Russian oil”, and countries like China and India would be able to bargain for steep price reductions.

Indian Foreign Minister Subrahmanyam Jaishankar indicated on Monday that the country would keep buying oil from Russia to prioritise its energy needs. India so far hasn’t committed to the price cap.

The cap has a grace period for oil that was loaded before Monday and arrives at its destination before January 19, to minimise disruption on oil markets.

The measure bars insurers or ship owners — most of them located in the EU or UK — from helping move Russian oil to non-Western countries unless that oil was priced at or below the cap.

The idea is to keep Russian oil flowing, while reducing the Kremlin’s income. The US and Europe leaned more towards preventing a price spike than provoking financial distress in Russia.

French Finance Minister Bruno Le Maire said the cap was “worth trying”, adding that “we will make an assessment of the efficiency of the old cap at the beginning of 2023”.

Ukraine’s President Volodymyr Zelenskyy had called for a price ceiling of around US$30 per barrel. That would be near Russia’s cost of production, letting Russian oil companies earn enough only to avoid capping wells that can be hard to restart. Russia needs some US$60 to US$70 per barrel to balance its budget.

Russia could use methods to evade the sanctions, such as those employed by Iran and Venezuela, including using ‘dark fleet’ tankers with obscure ownership and ship-to-ship transfers of oil to tankers with oil of similar quality to hide its origin. Russia or China could also organise their own insurance. Sanctions experts say that those steps will impose higher costs on Russia.