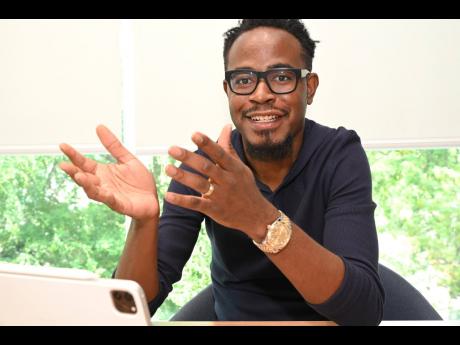 Education and training, which was the primary area of iCreate’s focus when it went public nearly four three years ago, has now fallen to around 30 per cent of the business. But the digital media company and operator of iCreate Institute wants to...

Education and training, which was the primary area of iCreate’s focus when it went public nearly four three years ago, has now fallen to around 30 per cent of the business.

But the digital media company and operator of iCreate Institute wants to reduce that even further to around 15 per cent, amid continued adjustments to its business model in search of sustainable revenue and scale.

Since the pandemic, amid a series of moves to restructure, iCreate Limited in January acquired a 75 per cent stake in advertising agency Vertical Creative Limited and 51 per cent of payment company Get Paid at undisclosed sums. It’s also taken a position in a real estate project, which is finalising plans to launch a residential development.

That has set the stage for the company to shift from its training institute as its mainstay towards advertising as the main driver of revenue. The latter element of the operation will be further cemented, assuming the successful closure of the acquisition for outdoor advertising agency Visual Vibe, around which iCreate is still to finalise financing for the $600-million deal that’s structured as a leveraged buyout.

iCreate CEO Tyrone Wilson said the changes, which would reduce iCreate Institute’s proportionate contribution to group revenue, should not be read as a retreat but rather a remix.

“It is not a pullback per se,” said Wilson in an interview with the Financial Gleaner regarding the reorganisations across the operation.

“If we use the numbers from right now, Visual Vibe will deliver $155 million in revenue. That is about a half of the business going forward. The school will be about 15 per cent,” he said.

McNab, who now runs the company, will become a paid consultant to both the board of iCreate and new CEO of Visual Vibe for a minimum of one year after the takeover, which is expected to be finalised by year end. Dekland Tully, iCreate’s chief revenue officer and CEO of Vertical Creative, will take also over as CEO of Visual Vibe, while Wilson will become the executive chairman.

Both Vertical Creative and Visual Vibe will continue to operate as separate businesses under iCreate’s advertising division, Wilson said.

As currently structured, the $600-million Visual Vibe transaction, which involves the conversion of debt to equity at $1 per share, would require a lifting of the $500-million cap on the share capital that junior stock market companies are allowed to hold. A new upper limit of $750 million is under consideration by the Ministry of Finance.

But if the cap is not lifted, Wilson said iCreate would consider two alternatives. “The board will have to take one of two paths: Ask the JSE for a special dispensation to continue operating on the junior market, but lose the benefit of the tax break and pay higher fees similar to senior market fees, or graduate to the senior market,” Wilson said.

In the year of its début on the market in 2019, iCreate Limited turned over $46 million in annual revenue. In the advent year of the pandemic, revenue grew further to $58 million then dramatically declined last year to a four-year low of $33 million.

The company, however, has suffered losses throughout the period, and has racked up $98 million in deficits. To shore up its finances during the pandemic, iCreate took out a $24-million loan, and got an injection of equity which led to Dequity Capital and Kintyre Holdings becoming the second and third-largest owners, respectively, of the digital media company.

The moves made by the company have been producing better results for iCreate, which is already reporting record turnover for this financial year. Over nine months, from January to September, revenue tripled to $107 million, an outturn that is already twice as much as its best inflows in any one of the past four years.

Wilson said iCreate Institute, Get Paid and Vertical Creative each contributed around a third to nine-month revenue. Profit expanded sixfold to $23 million as a result.

He said iCreate Limited, which listed on the Jamaica Stock Exchange in February 2019 as the first education service provider on the market, has now transitioned to a “digital and creative group of companies”.

“It’s no longer a school or just an institute. The institute is now a subsidiary or a division of what will become iCreate Group. It is a far different business which is more diverse and protected from external or internal shocks,” he said.

Additionally, the original iCreate Institute has transitioned from a brick-and-mortar mode of service delivery, through branches in Kingston and Montego Bay in Jamaica and Miami, Florida, to delivering online or onsite courses on digital marketing, which covers content and advertising placement and creation, cybersecurity, data security, graphic design, and video production.

“The majority of the delivery is online, but when we have corporate training that requires us going in, we either go to those offices or we rent space,” he said.

Additionally, iCreate had locked down its Miami operation during the pandemic and it remains idle, but the registered entity remains in place, in case of future expansion into the US market, Wilson said.

As for the company’s real estate ambitions, its first investment relates to an eight-unit condominium development slated for St Ann, called The Chalet.

The residential project at Bengal Beach is being done by a company called Parallel Real Estate Ventures Limited, in which Tyrone Wilson, his brother Rushane Wilson, brother-in-law Randy Mattis along with Brian Hayden all hold equal share, according to Companies Office of Jamaica records.

iCreate Limited has no ownership in Parallel, but is an investor in The Chalet development, in which it has a 51 per cent stake, Wilson said. It means that the company will receive just over half of the profits made from the development, whose units will sell for US$250,000 and higher.

The Chalet project is costing US$3.9 million, inclusive of the construction budget of US$2.5 million.

“I am a shareholder in Parallel and that company has taken the lead in the project. iCreate has taken a majority stake in the development,” Wilson said. “We have all the approvals in place, and we’re getting the Real Estate Board approvals so that we can actually sell units or take deposits.”

Discussions are also under way with JN Bank for construction financing, he added.

Meanwhile, Wilson says he has not given up on the idea of developing ‘Creative City’, a previously announced project for the construction of a six-story building in New Kingston to house iCreate and other creative agencies in one building. The plans floundered after the pull-out of the unnamed joint-venture partner.

“The (land)owner had a pressing timeline to pay off a debt on the property and they couldn’t wait on the Creative City to materialise, so we agreed to amicably separate on that and allow them to handle their financial affairs,” said Wilson.

He added, however, that talks are under way with another prospective partner for the development, which is still slated for somewhere in New Kingston.

Creative City will be owned by iCreate, while Parallel Real Estate Ventures will act as project manager for the development.