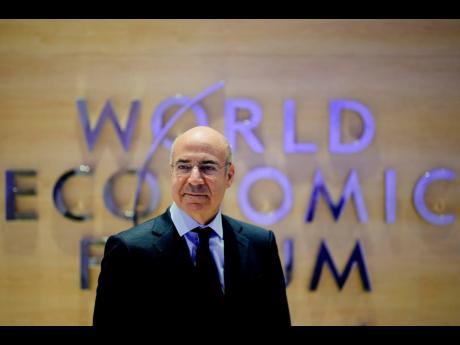 Bill Browder, a leading critic of Russian President Vladimir Putin, criticised the World Economic Forum, WEF, on social media for jacking up his entrance fee to the annual meeting in Davos that he has attended for the last 27 years.

Browder told The Associated Press that it was wasteful to pay a quarter of a million dollars for a ticket, and he thought organisers of the elite gathering in the Swiss Alps didn’t want him around.

A former manager with the Hermitage Fund, a large Russian investment fund, Browder says he has set aside his commercial activities and devotes his time to getting justice for his former lawyer Sergei Magnitsky, who was tortured and killed in Russian police custody in 2009, as well as other victims of human-rights abuses.

On Monday, Browder made a stink on Twitter about how he was bowing out from the Davos event this year after organisers “raised the price of attendance to US$250k for me (3x what they charged before)”.

He said he travelled to the Alpine town anyway to push his argument that an estimated US$350 billion in Russian funds frozen abroad – mostly in Western countries – should be used to help Ukraine fight back against Russia.

After the post fetched at least 1.7 million views, he doubled down on Wednesday on Twitter, ridiculing how Switzerland had granted the Forum a special status as an international organisation in 2015 that confers benefits like those enjoyed by the World Health Organization.

In an email on Wednesday to the AP, Browder called the higher fee “an absurd request to make of a human-rights activist … I don’t go to Davos to generate deals or profit, but to advocate for a tough stance on Russia”.

After attending the last Davos meeting and learning that higher fees loomed for him in the future, Browder appealed in writing to Forum founder Klaus Schwab, saying he had stopped managing money nearly a decade ago and has “no source of revenue”.

In the past, Browder said, he had “dug into my own reserves” to attend “because Davos was a such an important venue to make progress in my campaign”.

Browder, a US-born British citizen, provided the AP with copies of his letter and a response from a forum staffer — not Schwab — who explained that the type of membership that the activist and former investment manager had previously enjoyed had been phased out.

In response to Browder’s invective, Forum spokesman Yann Zopf said on Wednesday that Browder had participated previously as CEO of Hermitage Capital Management and that he was “very welcome to re-engage with the Forum’s work”.

“Partnerships with businesses contribute to our ability to invite activists and civil society figures, who tend to have considerably less resources,” Zopf said told the AP in a text message.

Browder said he had “grudgingly” paid the equivalent of US$70,000 annually for many years – and that it would be absurd to waste US$250,000 that could be spent on activities like tracing Russian corruption or filing criminal cases against Russian officials.

“No social activist could ever justify that kind of waste,” he said by email. “Clearly, the WEF didn’t want me around.”

Browder, author of the bestselling book Freezing Order released in April, became famous leading a campaign that led to the passage of the Magnitsky Act by the United States Congress in 2012, which allows for asset freezes and visa bans of human-rights violators in Russia.

He says some 33 other countries, mostly in the West, have enacted similar legislation.