BOJ to take over FSC’s job

Regulatory oversight for investment companies to switch to central bank 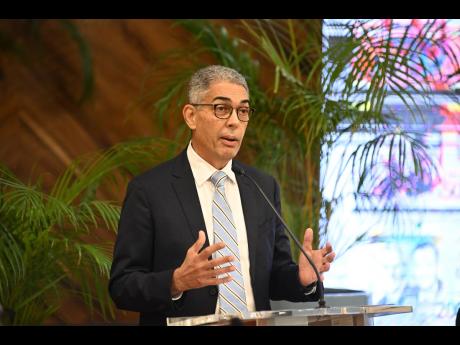 In one of the most far-reaching announcements on Monday by Finance Minister Nigel Clarke, the Bank of Jamaica is to take over the regulation of investment companies and others from the Financial Services Commission, alongside plans to downsize the FSC to a consumer agency and police of the market conduct of licensed financial firms.

What that means is the BOJ will now have oversight of insurance companies, the securities and the private pension markets. That’s in addition to banks, building societies, merchant banks, remittance and bill payment companies, credit reporting agencies, microfinancing companies and credit unions, the latter still being a work in progress.

It also cements BOJ more clearly as a super regulator of the financial system, a title that was initially ascribed to it when, eight years ago, the central bank was named as the chief overseer of the system’s financial health.

Under that rubric, it already heads up a sectoral group that includes FSC and the Jamaica Deposit Insurance Corporation, which insures customer deposits within the banking system; and also polices large financial holding companies or conglomerates whose holdings straddle deposit-taking and non-deposit taking businesses, that is to say, group operations that own banks alongside other financial companies, for example, NCB Financial Group, Scotia Group Jamaica, JMMB Group, Sagicor Group Jamaica, VM Group, and more, some of which are still in transition.

In 2015, when the banking system underwent reform, a financial sector stability committee was established with the BOJ governor as its head. It also included the BOJ deputy governor in charge of banking, heads of the FSC and Jamaica Deposit Insurance Corporation, and the financial secretary of the Ministry of Finance.

Back then, when BOJ’s expanded role was described by the Financial Gleaner as a super regulator, then governor of the central bank, Brian Wynter, had pushed back aggressively on the description, saying BOJ had no intention of taking on the regulatory functions held by FSC.

Less than a decade later, the central bank is now being explicitly handed that role.

Already current BOJ Governor Richard Byles and other officials of the central bank have been appointed to FSC’s board. It gives Byles chairmanship of both the BOJ and FSC.

The financial conglomerates account for nearly 90 per cent of the system’s assets, Clarke said on Monday.

Across the banking system, the assets under their control are valued at around $2.3 trillion, while securities dealers have around $1.5 trillion in funds under management

The finance minister has said it will take up to two years for BOJ’s takeover of FSC’s “prudential” functions to take effect and for FSC to transition to its new role as a financial consumer watchdog, which is to incorporated into the current draft legislative bill to set up a financial service consumer protection body.

“Market conduct and consumer protection regulation refers to the oversight of financial institutions to ensure that they are engaging in fair and ethical business practices and are treating customers fairly,” Clarke explained.

“This includes monitoring compliance with laws and regulations related to consumer protection, anti-money laundering, and anti-fraud measures. It also includes monitoring the sales and marketing practices of financial institutions to ensure that they are not engaging in deceptive or misleading conduct.”

The overhauling of the financial system’s regulatory landscape was sparked by the alleged $3 billion fraud at Stocks and Securities Limited that is now under investigation. The SSL issue has shaken the confidence of the investing public and put pressure on the government to address the opaqueness of Jamaica’s financial institutions.

The US Federal Bureau of Investigation will assist Jamaican investigators and auditors in tracking down perpetrators and the money, including the more than US$12 million that international sport celebrity Usain Bolt is said to have lost.

Elements of the financial sector have themselves complained from time to time about varying guidelines from BOJ and their own regulator, the FSC, particularly in relation to foreign-currency denominated holdings – an area in which BOJ’s word is supreme as manager and regulator of the foreign exchange system.

Stocks and Securities did not fall into the category of financial conglomerates, but like the other 37 securities dealerships licensed by the FSC, it was not required to make its accounts public, so investors had no way of tracking whether the company was in sound financial health.

Now all licensed investment companies will be required to disclose their financial accounts, something that banking institutions and insurance companies already do as regulated entities.

The FSC was created back in 2001 to tighten regulation of the non-banking financial sector. It merged the functions of the former Office of the Superintendent of Insurance and the Securities Exchange Commission into a more powerful oversight body created in the aftermath of the mid-1990s banking and financial sector crash.

The former securities commission at one time was located on the BOJ building at Nethersole Place on the Kingston waterfront, but never had a reporting relationship with the central bank. Wynter himself was the founding executive director of the FSC.

The new FSC that will emerge within 18 months to two years will “become a highly visible market conduct and consumer protection supervisor for all financial service providers, inclusive of banks, non-bank, cambios and remittance companies,” Clarke said. Cambios are foreign exchange bureaus.

During the reform period, FSC and BOJ will continue to carry out their regulatory functions separately but through integrated management, while international consultants and technical advice will be sought on the legislative reforms required to give effect to the merger within the expected 18 to 24-month time span.

The input of the financial sector will also be sought in determining what the new regulatory system looks like.