Portland loans US$1.7m to support listing of e-grocer on Nasdaq 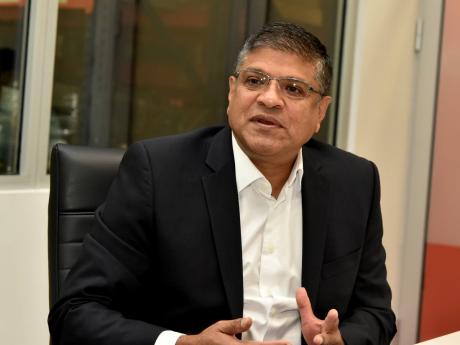 Portland JSX Limited, an investor in regional companies, pumped US$1.7 million of loan funds into online grocer Merqueo ahead of its initial public offering to the US Nasdaq exchange.

The Colombia-based company is headed towards the IPO later this year.

“It is intended to provide capital to the company to complete the IPO and therefore the capital has seniority to get repaid sooner rather than later,” said Robert Almeida, managing partner of Portland Private Equity, which manages both Portland Caribbean Fund II and its co-investor, Portland JSX.

Merqueo secured the loan in Portland JSX’s third quarter ending November, based on disclosures by both companies in separate filings.

The loan accrues interest at a rate of 18 per cent per annum with an eventual repayment in the form of cash or shares.

The high-interest rate reflects a balance between the rate of return they would want from holding shares; but the loan structure allows for a steady repayment, Almeida explained.

“The way to think about this from a risk perspective is an equity-type risk is being taken on and hence [leading to] what seems to be a high interest rate. The structure was put in as a loan to provide seniority within the capital positioning,” he said.

Portland Caribbean Fund has already invested millions in Merqueo by way of various rounds of fundraising.

Merqueo operates an online supermarket with distribution centres in Colombia but has expanded throughout Latin America. It’s business model rests on delivering groceries at a cheaper price than a traditional supermarket.

Merqueo sales grew more than twelvefold since the pandemic, rising from 15.3 billion Colombian pesos in 2019 to 189 billion pesos in 2020 to over 204 billion pesos in 2021. Its 2021 turnover was the equivalent of about US$45 million. The slowdown in the pace of sales growth reflected the end of lockdowns and a general reopening of the economy. That said, the company still made losses but generated positive operating cash flows.

Portland JSX, which trades on the Jamaica Stock Exchange under the ticker symbol PJX, primarily acts as a limited partner in Portland Caribbean Fund II, or PCF II, alongside which it may also co-invest. It expects its revenues to be generated from income and capital gains on its direct and indirect investments.

PCF II has pumped funds into 10 large-scale businesses in the Caribbean and Latin America. Its total capital commitments to the investments have amounted to US$202.5 million while Portland JSX has committed US$32 million. PCF II, which is now in the final years of its 10-year life cycle, has returned nearly one-third of its capital back to investors.

In 2022, Portland exited two investments as part of the winding down process. The expectation is for more realisations to follow this year.

“It resulted in returning 30 per cent of the capital back to investors,” said Almeida. “We hope 50 per cent of capital will be returned to investors sometime later this year,” he said at an investor briefing on Monday.

The fund’s life ends in July 2024 but Almeida said it might take until 2025 to exit some of the PCF II investments. In the meantime, the return of capital would give Portland the opportunity to hunt and invest in new deals for a follow-up fund, Portland Caribbean Fund III.

“It would be more than sufficient for a new round of investing while waiting on the other realisations of the remaining investments in Portland Caribbean Fund II,” he said.

Ultimately, Almeida sees the partner fund in Jamaica holding a similar position in the structure of PCF III.

“The base expectation would be that PJX would re-up, like other investors, which would mean they would invest the same amount as the prior commitment plus or minus a little bit, but for the most part, would maintain the position going from Fund II to Fund III. Therefore, it allows us to continue to maintain the capital base,” he said.

PJX is an equity investment vehicle through which Jamaican pension plans, as well as other eligible investors, invest to gain access indirectly to quality investments in the Latin American & Caribbean region. PJX was listed on the Jamaica Stock Exchange in 2016.

Portland Private Equity aims to raise US$350 million to finance PCF III, which is already registered in Luxembourg as a special limited partnership. The European Investment Bank, one of the backers of PCF III, will provide some 10 per cent of the targeted funds.