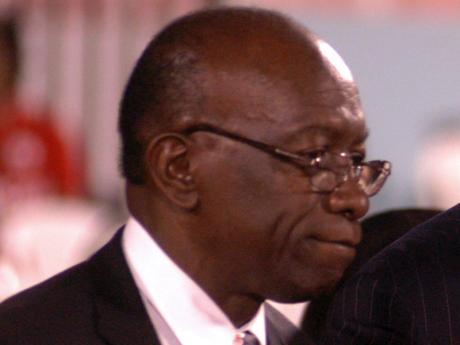 At an impromptu press conference late yesterday, Attorney General Garvin Nicholas announced that the extradition request for Warner was now in his hands and the extradition hearing will be held on Monday.

"The process is now for me to examine the documentation and consider the evidence and decide whether to issue the authority to proceed," Nicholas said.

Warner, 72, has been free on bail after he was provisionally arrested when the US said it would seek his extradition on charges of racketeering, wire fraud and money laundering conspiracy.

Nicholas sought to assure reporters that there will be no political interference in the matter.

Warner, who is also leader of the Independent Liberal Party (ILP), has charged on numerous occasions that the Government was conspiring to get him out of this country. He has repeatedly said he has no intention of going anywhere without a fight and it will be a “long, hot summer”.

Warner was among 14 football officials and marketing executives arrested in a sweeping US$150 million bribery scheme stretching over nearly a quarter of a century on May 27 in a dramatic US crackdown on global corruption in football.

Warner was charged with eight counts of financial crimes in connection with the FIFA corruption case, according to the US Department of Justice indictment, which was unsealed in the Eastern District Court in New York, USA, in May.

Warner has denied all of the charges made against him and has promised to put up a long legal battle to US prosecutors' bid to extradite him to New York to face charges of money laundering, wire fraud and racketeering.

Warner's sons, Daryll and Daryan Warner, have already pleaded guilty to US corruption charges in exchange for reduced jail time.