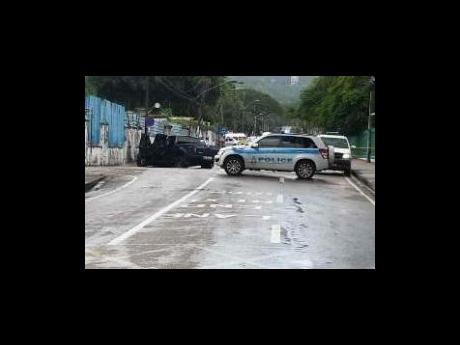 PORT OF SPAIN, Trinidad: CMC –
A prisoner was shot and killed during an attack between several gunmen and security officers at the Port of Spain Prison on Friday.

Earlier, members of the Jamaat Al Muslimeen group clashed with police at Belmont on the outskirts of the capital as they demanded the release of several of their members detained in connection with the 2014 murder of former state prosecutor Dana Seetahal.

Attorney Criston Williams confirmed that two of the Muslimeen members were released on Thursday night, even as Fuad Bkar, the son of the Muslimeen leader, Yasin Abu Bakr who staged an unsuccessful coup in 1990, complained that the members who had gathered outside the police station had been assaulted.

"They started pushing and pulling individuals, I was choked by one officer who held me by the neck and pulled me across a table in the lobby," Bakr told a radio station on Friday.

Bakr said the Muslimeen had gone to the police station to seek the release of at least seven members, including a woman, who had been detained since Monday as the police probe the murder of Seetahal, who was gunned down as she left a casino during the early hours of May 4, last year.