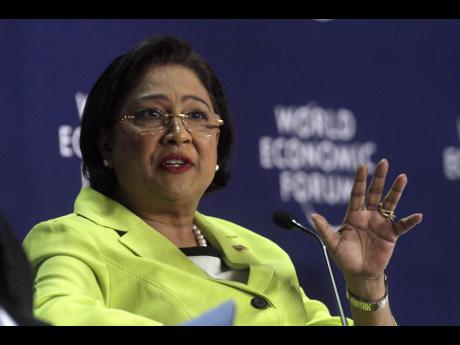 PORT OF SPAIN, Trinidad, CMC - With just weeks remaining until the September 7 general election, the polls are showing a close race between the People's National Movement (PNM) and the coalition People's Partnership government (PP).

The poll by Solution by Simulation (SBS) conducted between July 6 and July 22, shows the Kamla Persad Bissessar-led PP narrowly winning with the seat projections at 21 to 20. The model suggests that there is a 93% chance that the final result will be 21-20, with Tunapuna being the closest seat.

The Sunday Express commissioned poll notes that the PP has a better chance of winning the constituency of Tunapuna.

It is also predicted that other seats such as St. Joseph, La Horquetta/Talparo, or Lopinot/Bon Air West could be won by close margins.
The poll found that “the 2015 general election race between the PNM and the People's Partnership could not be closer”.

The SBS poll model and electoral seat projection says that just one seat is likely to separate the two on September 7.

“The respondents were sampled from households of registered voters in the 257 polling divisions whose election results best predict the national election results in past elections between 2000 and 2010.”

There are a total of 1,547 polling divisions in Trinidad and Tobago.
The margin of error of the poll is +/- 3%.