Voting under way amid tight security in Haiti 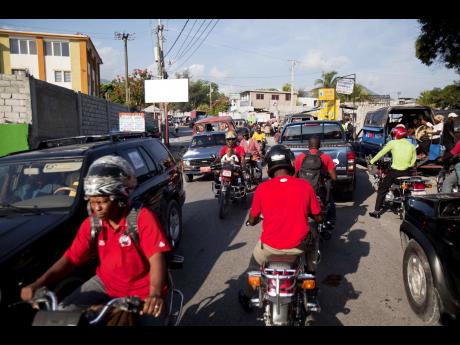 PORT AU PRINCE, Haiti, CMC – The polls opened at 6:00 am (local time) in Haiti, as the population votes in the long overdue legislative elections.

Under tight security, more than 5.8 million Haitians are voting in long overdue legislative elections in which voters are being asked to elect all members of the country’s Chamber of Deputies and two thirds of its Senate.

This is the first round of the elections for a new parliament with more than 2,000 candidates.

The run-off round will be held on October 25 - the same day as the presidential election.

"These elections will be a major test for October," said Pierre Esperance, who heads the National Human Rights Defence Network.

The polls are scheduled to close at 5pm (local time).

Martelly, who is constitutionally barred from running again, has ruled by decree since January.

Haiti's parliament was dissolved in January over its failure to hold elections, leaving the French speaking Caribbean nation without a functioning government.