CARICOM preparing for UN conference on Law of the Sea 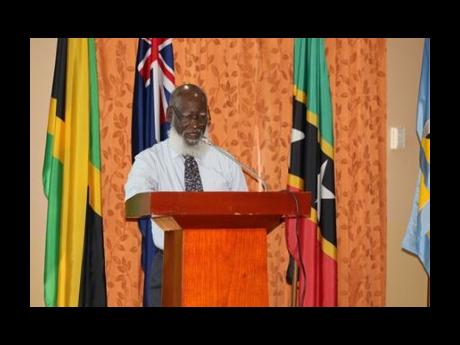 CMC
Belize Foreign Minister Wilfred Elrington reminded delegates that CARICOM had championed the negotiation and adoption of the 1982 UN Convention on the Law of the Seas (UNCLOS), which was opened for signature in Jamaica.

(CMC):
Caribbean Community (CARICOM) countries have been fine-tuning their positions ahead of the next Preparatory meeting of the United Nations (UN) meeting to establish an international legally binding agreement on sustainable use of marine resources.

The UN meeting is scheduled for March 27 to April 7 and senior environment officials from CARICOM met here late last month to discuss the issue.

A CARICOM statement issued Friday said that the meeting engaged in technical discussions on the proposed Implementing agreement under the United Nations Law of the Sea on Biodiversity beyond National Jurisdiction.

“It identified areas for further study and research for the Region to enhance its participation in the preparatory process. It also identified key actions to be taken at the national and regional level ahead of the next Preparatory meeting,” the statement noted.

The two-day meeting here was held under the theme “CARICOM Regional Workshop on the Conservation and Sustainable Use of Marine Biological Diversity beyond Areas of National Jurisdiction”.

Belize Foreign Minister Wilfred Elrington reminded delegates that CARICOM had championed the negotiation and adoption of the 1982 UN Convention on the Law of the Seas (UNCLOS), which was opened for signature in Jamaica.

He also recalled that when the International Tribunal for the Law of the Sea was constituted, two CARICOM citizens – Edward Laing of Belize and Dolliver Nelson of Grenada, joined the ranks of the first 21 members of the Tribunal.

“Judge Laing and Judge Nelson are no longer with us but they, together with other key jurists from our region including the sitting judge Anthony Amos Lucky of Trinidad and Tobago, have left a legacy on the international stage that is definitive of our region’s commitment to uphold the law of the sea.

“We have now been called upon to address an area of the law of the sea that has not been adequately provided for in the UNCLOS, whether for want of scientific knowledge, implementation, or as a result of governance and legal gaps,” he said.