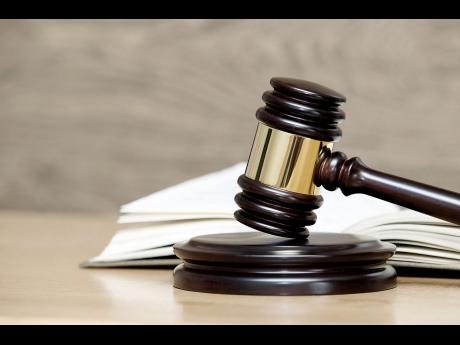 HAMILTON, Bermuda, CMC  – A mother of three, originally jailed for life for murdering a teenager, has been sent to prison for five and a half years, following a retrial.

Kiahna Trott-Edwards received the jail term during sentencing in Supreme Court on Friday after earlier admitting to killing 16-year-old Shijuan Mungal with a baseball bat outside her home following an altercation on a bus in 2014.

Passing sentence, Puisne Judge Carlisle Greaves said he hoped Trott-Edwards had learnt from the experience, saying: “We often must learn to take a deep breath as soon as that first pang of anger rises towards your head – it can save us.”

Trott-Edwards declined to address the court but her lawyer, Charles Richardson, said his client accepted responsibility for her actions and was very remorseful.

The court heard that Trott-Edwards’ confrontation with Mungal came shortly after they had been involved in an altercation during a bus ride .

It’s reported that Trott-Edwards and her daughter got off the bus, however, she saw  Mungal shortly afterwards as they lived in the same area.

In the ensuing confrontation outside of her home, she reportedly struck him twice with a baseball bat, once on the arm and once on the back of the head, which fractured his skull. He died in hospital three days later.

In December 2015, Trott-Edwards was jailed for life, after a jury found her guilty of murder.

However, last August, the Court of Appeal pointed to “regrettable errors” during her trial before quashing her conviction and sentence and releasing her on bail pending a retrial.

Appearing in court earlier this month, Trott-Edwards admitted the manslaughter of Mungal.