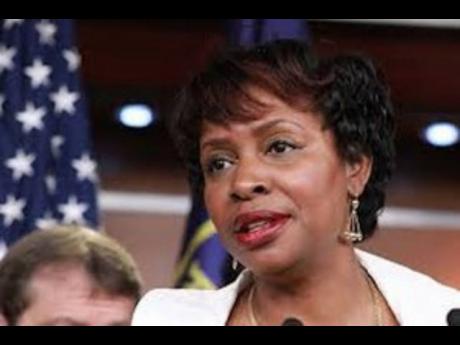 NEW YORK, CMC – Caribbean American Congresswoman  Yvette D. Clarke has called on the US Congress to pass legislation that would grant permanent status for Caribbean and others involved in the Deferred Actions for Childhood Arrivals (DACA) programme, also known as the  “Dream Programme”.

“Since DACA was created in 2012, more than 750,000 young women and men have used the program to expand their participation in our civil society, attend college, and start careers, all in the pursuit of the American Dream. Their contributions have been invaluable and their remarkable stories are now stitched into the fabric of this nation,” said Congresswoman Yvette D. Clarke, the daughter of Jamaican immigrants.

“But the DACA program remains under threat,” said Clarke, who represents the 9th Congressional District in Brooklyn, New York, in an interview with the CMC yesterday.

“DACA recipients have been unlawfully arrested by Immigration and Customs Enforcement (ICE) officials and needlessly detained.

“We cannot, in good conscience, allow Donald Trump to undermine their expectations or diminish their contributions,” she continued. “Congress must act to secure their permanent status in the United States.”

According to new memoranda issued by the Trump administration, the president will not immediately eliminate protections for the so-called “Dreamers,” undocumented immigrants who came to the United States as small children.

But White House officials on Friday said that Trump had not made a decision about the long-term fate of the programme and might yet follow through on a campaign pledge to take away work permits from the immigrants or deport them.

However, the US Department of Homeland Security has announced that it would continue the Obama-era programme intended to protect those immigrants from deportation and provide them with work permits so they can find legal employment.

A fact sheet posted on the department’s website says that immigrants enrolled in the 2012 program,  “will continue to be eligible” to renew every two years, and notes that “no work permits will be terminated prior to their current expiration dates.”

A news release from the department says, “the June 15, 2012, memorandum that created the Deferred Action for Childhood Arrivals (DACA) programme will remain in effect.”

But officials at the White House and the Department of Homeland Security (DHS) said on Friday that those statements were intended only to clarify that immigrants enrolled in the DACA programme would not immediately be affected by a separate action officially ending a similar program for undocumented immigrants whose children are citizens or legal permanent residents, according to the New York Times.

“There has been no final determination made about the DACA program, which the president has stressed needs to be handled with compassion and with heart,” said Jonathan Hoffman, the assistant secretary for public affairs at the department.

He added that John F. Kelly, DHS secretary, “has noted that Congress is the only entity that can provide a long-term solution to this issue.”

Immigration rights activists, who have fiercely battled Trump’s travel ban and increased enforcement of other immigration laws, initially hailed the announcement, calling it a surprising turn of events from Trump.