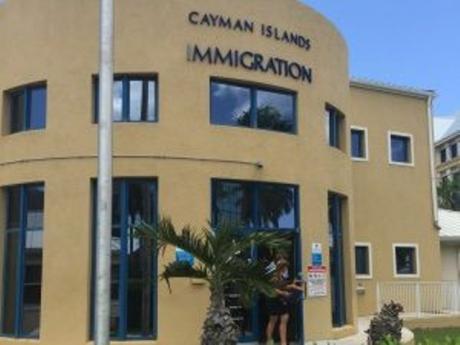 GEORGE TOWN, Cayman Islands, CMC – A backlog of between 900 and 1,000 permanent residency applications are to be considered by a government appointed board this week.

According to the Ministry of Immigration, the applicants may be contacted by the Immigration Department if additional details are needed to process their case.

“I am pleased the Caymanian Status and Permanent Residency Board and immigration leaders have stepped up to the challenge and together have developed a plan for resolution that looks to guarantee a high level of speed and efficiency in dealing with applications going forward,” said Premier Alden McLaughlin in a recent statement.

Requests from non-Caymanian residents to remain permanently in the British Overseas Territory have not been heard since January 2015, due to legal uncertainties surrounding certain criteria government had set for applicants.

The previous administration led by the People’s Progressive Party (PPP) had approved changes to the  Immigration Law that took effect in 2013, but only a few applications were processed under the 2013 version of the law.

They were not approved based on concerns expressed by the Caymanian Status and Permanent Residency Board members, and later by Chief Justice Anthony Smellie.

“The intention is to process them as quickly as practical, while ensuring that each application is given proper consideration,” according to a government statement.

Chief officer in the Ministry of Immigration, Wesley Howell, said the process will not be an easy task.

“The Department of Immigration has reassigned staff members and has recruited Caymanian university graduates to advance the processing of applications,” he told the Cayman Compass.

The Caymanian Status and Permanent Residency Board has only eight of 11 members currently serving and three more will need to be appointed.

Those positions will be filled “shortly,” said Howell, adding that it will be up to the newly elected Progressives-led coalition government to appoint the remaining immigration-related board members.