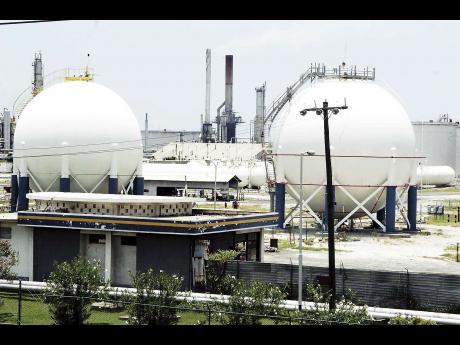 A section of the Petrojam oil refinery in Kingston. – File Photo

APBEL said in a statement that the decision to suspend the programme followed “consultation with the Government of Belize, Trafigura/Puma and PDVSA” and that APBEL has decided to “suspend purchases of petroleum products from PDVSA under the PetroCaribe Agreement with immediate effect”.

Petrocaribe is an oil alliance of many Caribbean countries with Venezuela to purchase oil on conditions of preferential payment. The alliance was launched in 2005 and eight years later PetroCaribe agreed links with the Bolivarian Alliance for the Americas (ALBA), to go beyond oil and promote economic cooperation.

During the period 2007 to 2009, PVDSA delivered 457,680 barrels of refined petroleum products, valued at more than US$41 million in 15 shipments to Belize under the terms of the agreement, according to a statement posted on APBEL website.

APBEL said that it had been encountering a number of problems with maintaining a reliable supply of products from PDVSA and this, among other things, have resulted in much higher unit costs of freight when Puma has been forced to make last-minute arrangements to truck products overland and when vessels are brought in half-loaded.

“We have also been informed by PDVSA that, at times, they have had to purchase on the spot market to meet their commitments to us: This is definitely not what was intended by the PetroCaribe programme. “We are very grateful to the Bolivarian Republic of Venezuela and PDVSA for all they have been trying to do to keep their promises to us under the PetroCaribe Programme, but it does not make sense to force this arrangement under these circumstances,” APBEL said in the statement.

Media reports in Belize said that the PetroCaribe programme had generated an estimated BDZ$450 million (One Belize dollar =US$0.49 cents) in funding for the Belize Government.

Officials from the Government of Belize, Trafigura/Puma and Petroleos de Venezuela S.A. and APBEL are expected to meet later this month to determine the possibility of resuming supply from Venezuela in the future.

“In the meantime, Puma has already made alternative arrangements to maintain an uninterrupted supply of petroleum products to Belize,” the statement added.